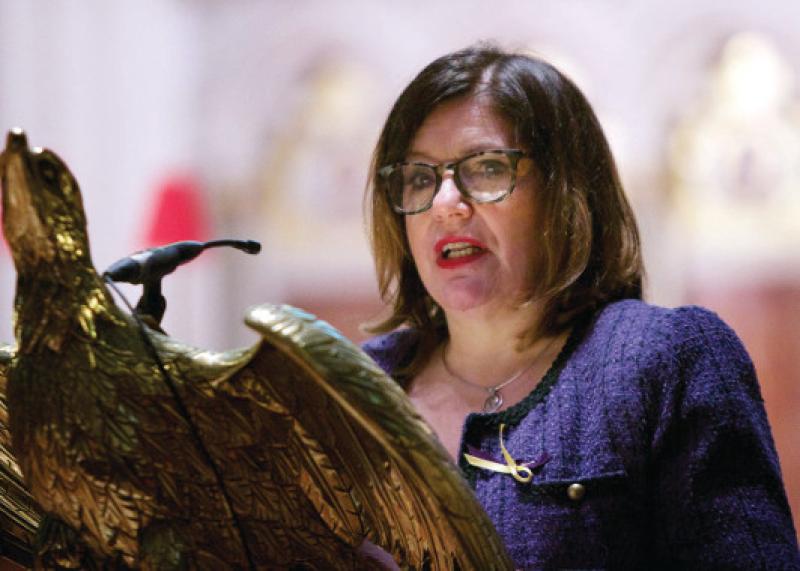 A new programme aimed at addressing abusive behaviour by young males in their households before it becomes a bigger problem has been launched in Derry. It comes after Derry Now revealed recently that domestic violence levels in the city are at a record high. At a time when those requiring support has risen significantly, Marie Brown of Foyle Women’s Aid (FWA) has announced details of the new programme which will be launched in partnership with the probation service on November 21, will be aimed at young males who are at the early stages of exhibiting abusive behaviour within the home. “The new programme will provide therapeutic and cognitive learning to support young males and prevent them from repeating learned patterns of behaviour,” she said. “Year on year domestic violence is increasing, therefore more resources need to be put into all of the agencies which are dealing with the issue. In the absence of a NI Executive important legislation around the issue of coercive control has also been put on hold - in England and Wales similar legislation has already been proven to support victims and increase convictions for domestic abuse. A domestic violence court is being piloted at the Derry Courthouse in an attempt to rehabilitate offenders, as well as other initiatives between FWA and the University of Ulster aimed at offering support to victims of domestic abuse - both financially in terms of seeking legal advice and emotionally. Ms Brown believes that all such initiatives help victims by encouraging increased reporting of domestic violence incidents.   Funding   However, with increased numbers requiring support services, Ms Brown said ‘responsibility’ lies with the government to match that with proportionate resources. “What doesn’t help are the issues of hardship and poverty which people are experiencing,” she added. “We are seeing all of those issues on the ground as we’re dealing with families. “It’s good to have increased reporting but we also need to have better facilities to make sure that the pathway through services is improved. “We need more funding, we need support, because through supporting more people our budgets aren’t increasing so we’re having to cope with less money and that becomes increasingly difficult. “You can cut at the beginning but there comes a time when it can’t continue.” She added: “In order to tackle domestic violence the government needs to deliver in terms of resources, to support women, children and all of the programmes that are needed to really address this problem – which is quite an extensive problem here in the Foyle area. “Our workers are really skilled workers in this area and we bring in money ourselves to make things better for families, but ultimately, it is the government’s responsibility to address this problem with the appropriate funding.”
ADVERTISEMENT - CONTINUE READING BELOW