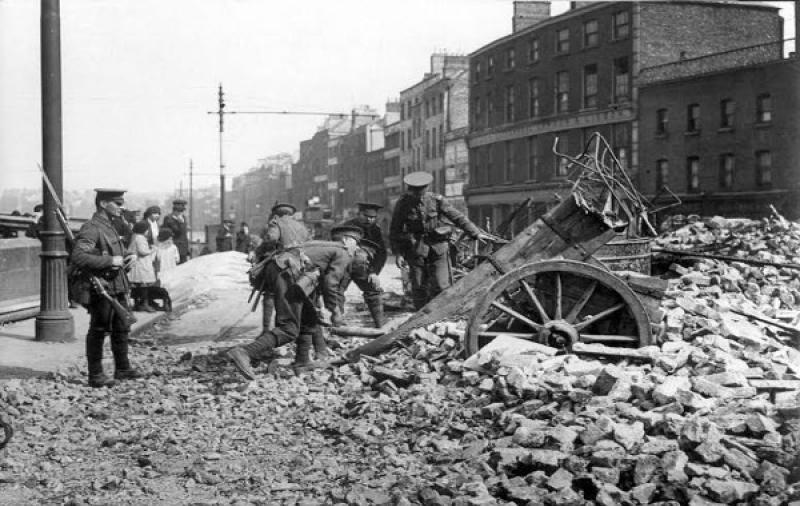 A Derry museum is planning a series of special events for this month as part of an exhibition marking some of the most significant historic events of the 20th Century.

The 'Creative Centenaries' series at the Tower Museum features a special talk, documentary and tour touching on some of the tumultuous events of 100 years ago, which changed the course of Irish history. The Creative Centenaries project is led by the Nerve Centre and supported by Derry City and Strabane District Council, and brings together information and resources about the Decade of Centenaries and the work of Northern Ireland’s creative sector in commemorating these events.

Mayor of Derry City and Strabane District, Councillor John Boyle, welcomed the autumn series of events. “I am delighted to see the continuation of the Creative Centenaries programme which shines a spotlight on what was an eventful period in terms of conflict and peace building as well as major social reform.

“The programme is creating a valuable archive of new resources which chart the course of history, including previously undiscovered personal accounts. I would really recommend going along to hear more about the local events which helped shape the society we live in today.”

The series begins on Tuesday September 11 with a fascinating documentary recounting the memories of thirty Irish centenarians. The film 'Older than Ireland' recreates events spanning 100 years of their lives, providing a unique insight into the period from the dawn of Irish Independence to their life in modern day Ireland. This event takes place in the Tower Museum at 7pm.

On September 13 at 7pm we look back at the North West’s eventful maritime history with a special talk by Guy Warner. Titled Eagles over Lough Foyle, the talk will explore the deployment of the US Navy to Lough Foyle in 1918 and the impact of a major new technology and culture on life in the region.

The City Cemetery will be the location for a special tour on September 15 focusing on the history of the city as depicted by its headstones. The Friends of Derry City Cemetery will lead the tour taking in the history of the cemetery from the mid-19th century through the First Word War and beyond, including its connections to events from throughout the Decade of Centenaries. The tours will be led by experienced guides Seamus Breslin and Trevor Temple and leave at 1pm, lasting one hour and fifteen minutes. Spaces will be limited so booking is advised.

Admission is free but booking is essential by contacting the Tower Museum on 028 71 372411 or by email tower@derrystrabane.com

Picture: 1916 Easter Rising which features in 'Older than Ireland'