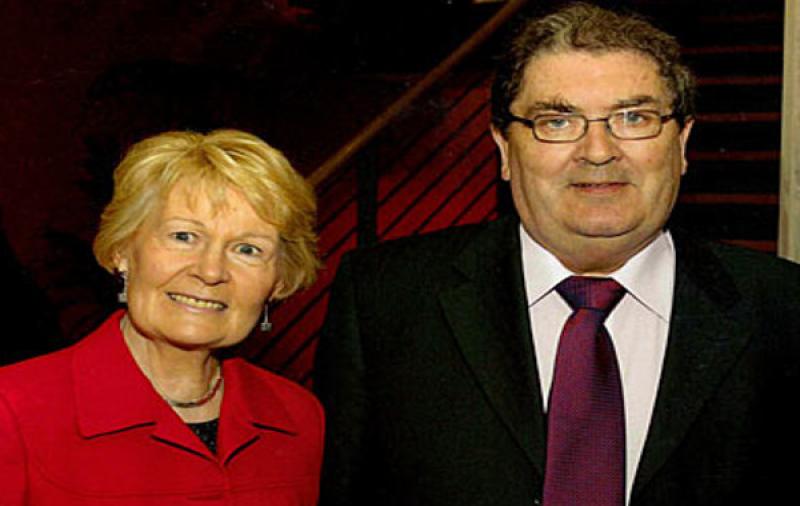 Pat Hume will be honoured with a Lifetime Achievement Award by the Irish Red Cross, in recognition of her decades of public service. Pat worked alongside her husband John Hume from the beginning of civil rights movement in the 1960s, continuing during the Troubles, right through to the Good Friday Agreement in 1998. Pat ran operations on the ground, manning John’s constituency office in Derry. She met many young people caught up in the Troubles and dealt with issues presented to her by thousands who were encountering housing problems, social security issues and health and education concerns. Pat sacrificed her first career as a teacher to undertake this work and didn’t just run one political office; the Hume family home was a thoroughfare for journalists, political visitors and diplomats, and Pat ran proceedings here too, while also taking care of a young family. John travelled for much of his political work and Pat was his eyes and ears on the ground, keeping him briefed on political matters. This was all against a backdrop where the Hume family was often under threat; the car was tampered with and the family home was firebombed and vandalised. These were threats Pat often dealt with alone while John was working away. Given 2018 marks the 20th anniversary of the Good Friday Agreement, it is very fitting that as the year draws to a close, the Irish Red Cross is recognising the role Pat Hume played in Derry and her wider contribution to the politics which ultimately provided the basis for the Good Friday Agreement. Pat is now primary carer for John, who has been suffering with dementia for almost 20 years. Pat will accept the award at the Irish Red Cross Humanitarian Awards Ball which takes place in the Clayton Hotel Burlington Road Dublin on November 24. Above - Pat pictured with her husband, John Hume.
ADVERTISEMENT - CONTINUE READING BELOW