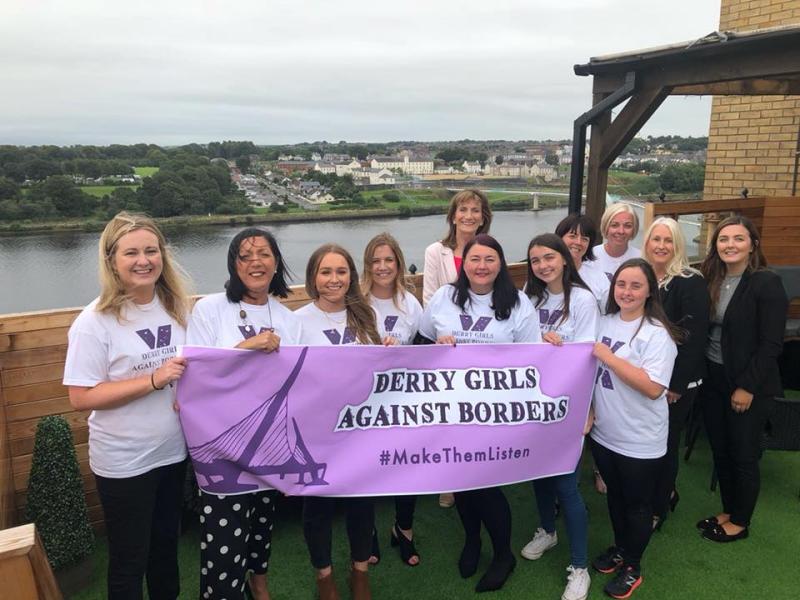 A Derry based pressure group aimed at stopping post Brexit borders has taken its campaign on the road. ‘Derry Girls Against Borders’ (DGAB) kicked off their tour last week at the Wellington Park Hotel in Belfast. Nuala McAdams of Belfast DGAB commented: “You don’t have to be a Derry girl to back our campaign. “The effects of a hard border in Ireland or the Irish Sea go much further than our home city. “In the past few weeks voices from far and wide have been sharing their concerns.” Next week DGAB will take their campaign to Dublin, where there will be a public meeting at the Irish School of Ecumenics, Trinity College at 7.30pm. The Derry Girls Against Borders petition remains live online until the end of the month at tinyurl.com/DerryGirlsAgainstBorders
ADVERTISEMENT - CONTINUE READING BELOW