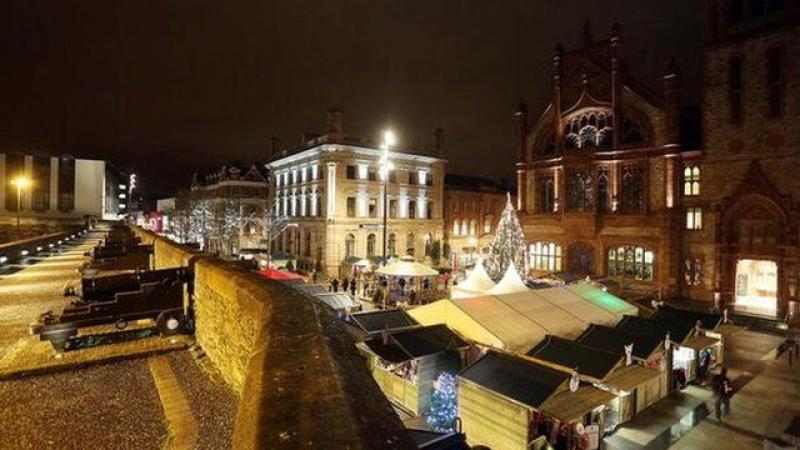 Details of this year’s festive celebration in the city centre have been revealed, which will include a Christmas market and see the return of the popular bar.

Earlier this week, Derry City and Strabane District Council’s Business and Culture Committee approved the plans for the events, which will cost £78,300 to stage.

The Derry events will begin with the Christmas lights switch on, which will take place on Thursday, November 22.

From Friday, November 23 to Sunday, November 25 there will be a craft fair at the Guildhall and this will be followed with the Walled City Market on Saturday December 1.

The Christmas Market will run from Thursday, December 13 to Sunday, December 17 and will include a bar serving ‘craft and artisan drinks’.

Meanwhile, the Mayor’s Christmas programming will run from Saturday December 8 to Sunday December 9 and will see the main hall in the Guildhall transformed into what was described at the meeting as ‘an atmospheric and mysterious winter fairy-tale will surprise and delight audiences of all ages’.