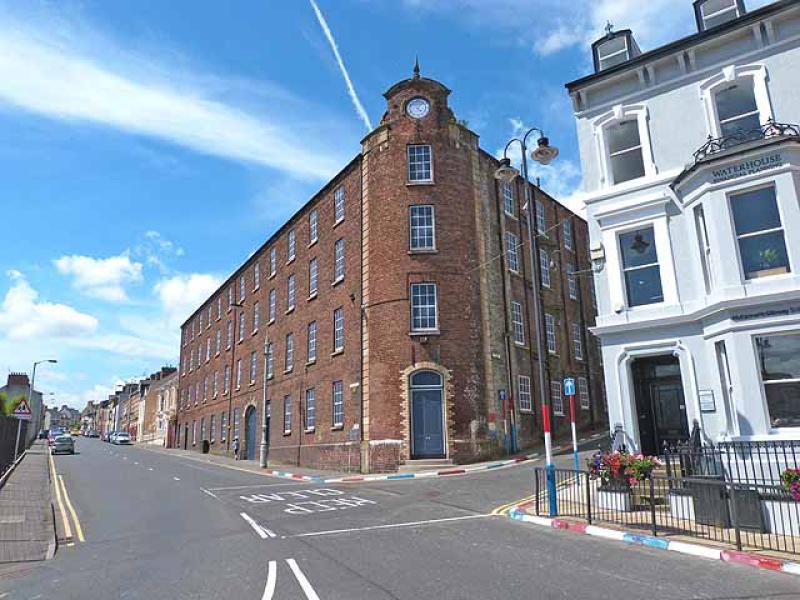 Members of Derry City and Strabane District Council’s Environment and Regeneration Committee have been updated on the progress of the Urban Villages Initiative, including the revitalisation and regeneration of the Abercorn Road area of the City. Overseen by The Executive Office, the Urban Villages Initiative aims to improve community relations and develop thriving places in areas where there has been a history of deprivation and community tension. The total value of the Urban Villages Initiative’s investment in the Abercorn Road project is nearly £0.5m and covers mainly façade improvements to commercial and residential properties. Mayor of Derry City and Strabane District Council, Councillor John Boyle, welcomed the update and said he was looking forward to the completion of work in March of next year. “I am delighted that this significant investment in the Abercorn Road area is now coming to fruition and the residents and businesses in that area can now look forward to a number of improvements which can help regenerate the area and help unlock its potential,” he said. “As well as the undoubted lift this work will have for businesses in the area, the façade improvements planned will present a vibrant first impression to visitors passing through one of the City’s main gateways.” The initiative has been progressed through a close working partnership between Council, as lead partners and the Executive Office, through its Urban Villages Initiative, City Centre Initiative and Triax Neighbourhood Partnership Board and I would like to commend them all for their work in bringing the project to this point.” The Triax Neighbourhood Partnership Board and City Centre Initiative are key partners within the local Urban Villages Initiative and form part of a multi-stakeholder reference group which has played a key role in the design and delivery of a range of Urban Villages capital and revenue projects for the area. To help expedite the project and ensure it meets the strict deadline of March 31st 2019, elected members have granted delegated authority to Council Chief Executive John Kelpie to sign off on all contracts associated with delivery. Linsey Farrell, Programme Director, The Urban Villages Initiative commented, “It is great to see the Abercorn Road Regeneration Scheme getting underway. With the nearly £500,000 of Urban Villages Initiative investment this will be a significant improvement to the physical environment, and creates a welcoming route for locals and visitors into the Urban Village area.”
ADVERTISEMENT - CONTINUE READING BELOW