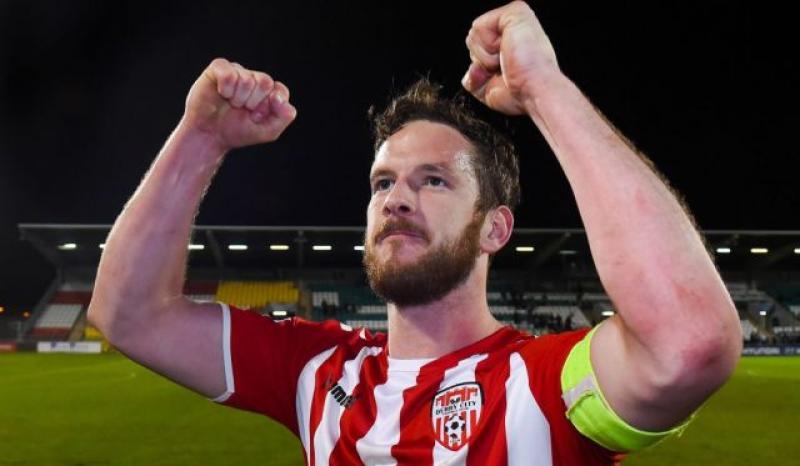 The Brandywell Stadium in Derry is set to be renamed the Ryan McBride Brandywell Stadium in honour of Derry City Football Club's late Captain, Ryan McBride, after it was revealed 71% of public voters opted for the change. The news came just minutes ago at today's Derry City and Strabane District Council Health and Community Committee meeting. Ryan Mc Bride passed away suddenly on March 19, 2017, aged just 27, at his home in Bluebell Hill Gardens, just yards from his beloved football club, Derry City. He fulfilled a childhood dream of captaining his local club and embodied the passion of its supporters every time he stepped on the pitch. Ryan came through the ranks, moving from junior football at age 19 and went on to play 177 games for Derry City, captaining his beloved candy stripes 57 times and won FAI and League Cup winners medals. Over the years, he had lucrative offers to leave the club but remained loyal to the last and will forever be regarded as a Derry City legend. His passing has left a void in the lives of his father, Lexie, his sisters, Colleen, Suinin, Caitlin, his partner Mairead and his nieces. At a meeting of Derry and Strabane District Council held on October 26, 2017 it was decided that the Council recognised ‘the significant sporting contribution made by Ryan McBride’ and respectfully mourned his untimely death. Council recognised the need to commemorate Ryan’s memory in a fitting way and officers were asked to establish a working group to engage with the public and all stakeholders including Derry City F.C. on the suggestion to rename Brandywell Stadium and bring a paper to a future meeting of the Governance and Strategic Planning Committee to consider. Further to the January meeting the Governance and Strategic Planning Committee a Working Group was established to take forward the implementation of the motion. Aldermen McClintock and Hussey, and Councillors, Carr, Logue and Reilly were subsequently nominated to serve on this Working Group. In March of this year a pilot Council Assets Naming Policy and consultation plan in relation to the naming of the refurbished Brandywell Stadium was approved. Consultation on the proposal to change the name from the Brandywell Stadium to the Ryan McBride Brandywell Stadium commenced the week being April 9 and closed on July 1, 2018, with the primary response channel being via an electronic voting page on the Council’s website. This culminated in today's result with 71% of the public vote opting for the renaming of the grounds to the Ryan McBride Brandywell Stadium. The vote was supported by all councillors present at today's meeting. The decision will come before council at a later date to be formally adopted. Pictured above: The late Ryan McBride who passed away suddenly last March while he was Captain of Derry City Football Club. The Brandywell Stadium has been renamed in honour of the talented sportsman.
ADVERTISEMENT - CONTINUE READING BELOW