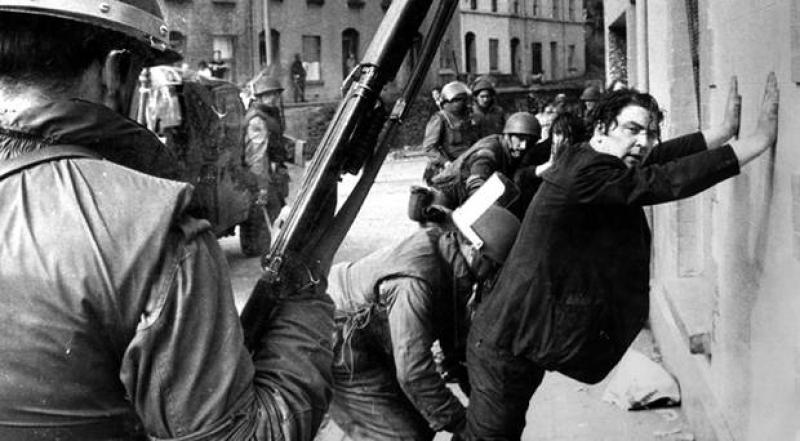 A Media Production Management student at Dublin City University has called for the Derry support for her short film in an international competition on one of the city’s most-loved sons, peacemaker, John Hume. Gráinne Golligy, a 27-year-old student from County Meath, said she chose the former Derry man and former SDLP leader for the work she submitted to JCS International Young Creatives Award on the theme ‘Stand Up for Peace’ due to the ‘amazing work he did for peace in Northern Ireland’. Her video is called, ‘We Shall Overcome’ and can be watched and voted for on this link: http://upload.iemmys.tv/YoungCreatives/Public/Default.aspx Gráinne said: “I have worked in many areas of media over the past six years and I was invited to enter the JCS Young Creatives Competition by the International Academy of Television Arts and Science using the theme ‘Stand Up for Peace’. “John Hume stood out for me in this theme time after time as he not only stood up for peace and contributed to the Northern Ireland peace movement but devoted his life to it. "He set out to accomplish the impossible, to bring peace to the people of Northern Ireland, and to obtain peace in a respectful manner. He looked up to Martin Luther King and the 'We Shall Overcome' motto. "Hume used similar civil rights protests to have his message heard and for him it was about the people, equality and respect. Through a long and difficult journey, he achieved what everyone said was impossible, he changed the course of Ireland's history forever. "John Hume was the key architect of the Northern Ireland peace process and he not only brought an end to the troubles in Northern Ireland, but helped Ireland rethink their 700 year relationship with Britain. "John Hume stuck to his political beliefs and his peaceful principles and made Ireland a safer, more peaceful place. We Shall Overcome, John Hume did overcome. “I want to promote this video and get as much attention as possible to highlight John’s great work and encourage people to vote and support the Irish entry in this competition.” The unique one minute video can be voted for up until noon on Wednesday, September 19. It is one vote per person. The video with the most votes on the judging portal will move on to the final round, along with three videos selected by the Academy. During the Final Round a panel of jurors will score the videos based on the original story illustrating the theme of the year "Stand Up For Peace"; characters and how they are developed; creativity; and knowledge of craft. The three Winners will be announced on October 3. Winners will win a trip to New York this November to attend the International Emmy® World Television Festival where they will receive the JCS International Young Creatives Award alongside the official International Emmy® Nominees. They will also attend the 46th International Emmy® Awards Gala and experience a series of cultural and entertainment events. You can view the film and place your vote for Gráinne’s film on John Hume, a Derry man and one of the architects of the peace process, at http://upload.iemmys.tv/YoungCreatives/Public/Default.aspx. If you would like to contact Gráinne to comment on her work, her Twitter handle is @grainnegx. Pictured above: John Hume being searched and detained by British soldiers during a civil rights protest in Derry in August 1971.
ADVERTISEMENT - CONTINUE READING BELOW