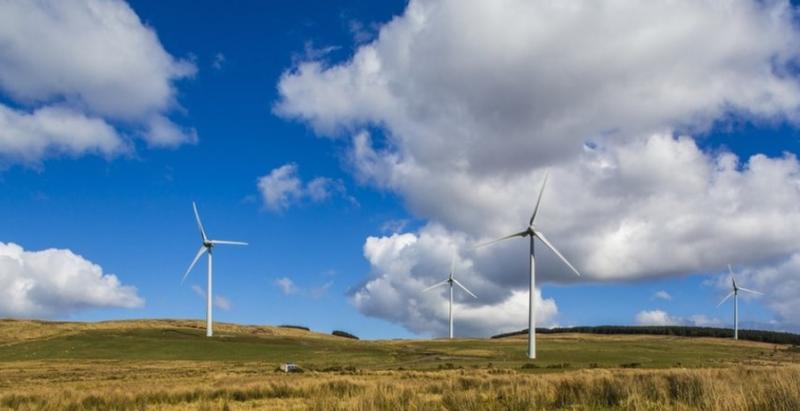 An application for two new wind turbines on the outskirts of Derry has been refused over concerns that the local area is shouldering the ‘bulk’ of responsibility in terms of renewable energy. The application was for the construction of two turbines at the existing Monnaboy Wind farm, which currently contains four wind turbines after planning permission was granted on October 4, 2012. The location of Monnaboy Wind Farm is on land located east of 62 Monnaboy Road in Greysteel and the applicant is Gaelectric Developments Ltd. An application was previously deferred for reconsideration following severe flooding in the Eglinton area event in August 2017. It came before a meeting of Derry City and Strabane District Council’s Planning Committee earlier this year, where voted not to accept the recommendation to approve the application due to fears over the impact it would have on the character of the surrounding landscape. The application was discussed again at the September meeting of the Planning Committee, held in the Guildhall, which was told that 82 letters of objection had been submitted in relation to the proposal. Some of the main areas of concern are, public health implications, the impact on wildlife, natural habitats, landscape quality and heritage sites. At the meeting, an objector was given the opportunity to address the committee, telling the councillors that the current turbines are already ‘overbearing’ and there is ‘constant noise’ which would ‘increase’ if two turbines were added. She said there is ‘no relief at night time’ and people living within a 20km radius have to deal with a ‘constant flickering of lights’ which has forced residents to grow hedges higher to ‘reduce noise’ and the ‘visual impact’. In her view, the wind turbines were ‘eroding the character’ of the area and she believed residents should have the same rights as other ‘country dwellers’. The turbines were not required to meet any renewable energy targets, she added, and the Derry City and Strabane District Council area was ‘carrying the full burden’ in comparison to neighbouring council areas. Commenting, Sinn Féin councillor Kieran McGuire said Derry City and Strabane District Council has been carrying the ‘bulk’ of responsibility in terms of meeting targets when other council areas are ‘not doing anything’. He proposed refusing the application which was seconded by his party colleague Christopher Jackson. Another Sinn Féin Councillor, Dan Kelly, also said the figures were ‘alarming’ and that this council area was ‘leading the way’. He believed that if the council had been performing poorly it would’ve been ‘splashed over the front page of papers’. The proposal to refuse the application was supported by the majority of councillors.
ADVERTISEMENT - CONTINUE READING BELOW