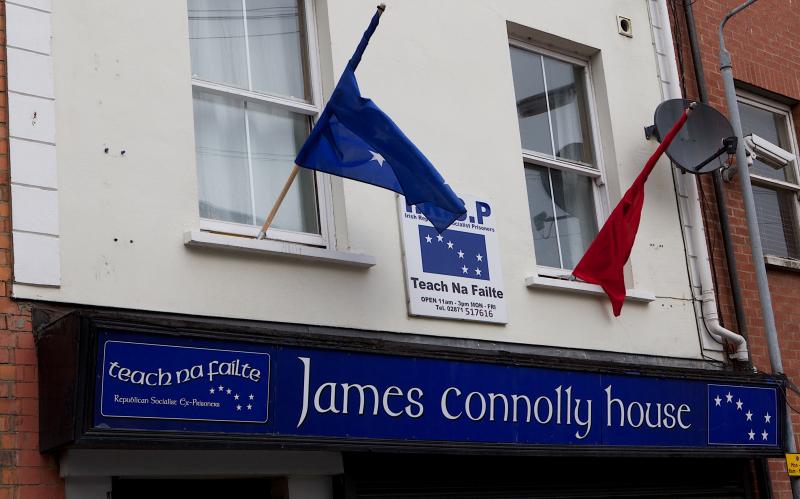 A building in Derry’s city centre which is used by an Irish republican group is set to be transformed into a museum under new proposals. James Connolly House, which is located at Chamberlain Street in Derry, was re-opened in November 2012 to serve the needs of former INLA and Irish Republican Socialist Party (IRSP) aligned prisoners and their families. Plans have now been lodged for the change of use of the building at number 8, Chamberlain Street from offices to incorporate museum facilities. In addition, the applicants, who are listed as ‘James Connolly House’ on the planning documents, are seeking amalgamate the building with the property next door, number 10 Chamberlain Street. The proposal further seeks to transform this building from a dwelling into a museum at both ground floor and first floor levels. In addition, planning approval is also being sought for the construction of a small rear extension at ground floor to provide link between buildings. The planning application is currently under consideration by Derry City and Strabane District Council and is expected to come before a future meeting of its Planning Committee for decision.
ADVERTISEMENT - CONTINUE READING BELOW