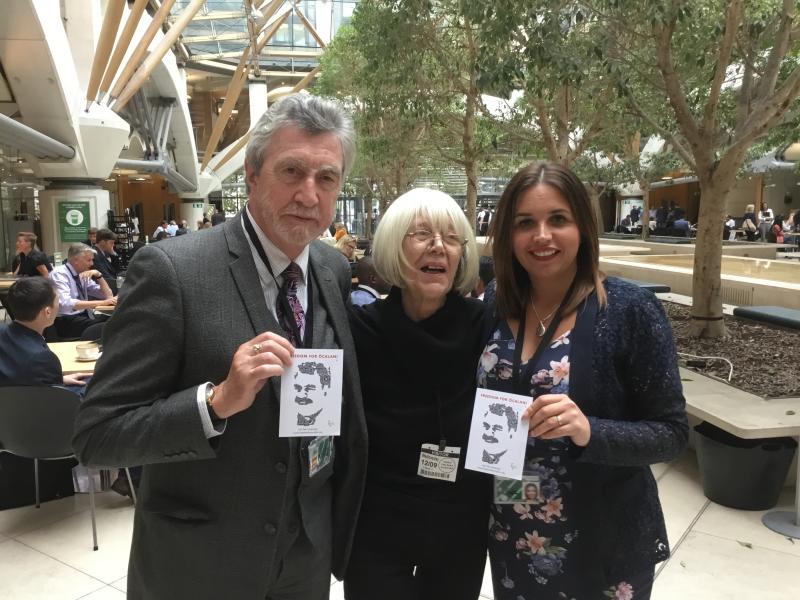 A Derry MP has lent her support to a campaign to establish peace in Kurdistan. Sinn Féin's Elisha McCallion has said the release of Kurdish leader, Abdullah Öcalan, is key to advancing a just and lasting peace in the region. The Foyle MP was pictured after speaking with representatives of ‘Peace in Kurdistan’ at Westminster recently. Elisha McCallion said: “The people of Kurdistan have the right to self-determination and the right to democratically decide their own future. “The ongoing conflict in Syria has been used by opposition to rage an onslaught against the Kurdish people, who are defending their autonomy and their rights. “Kurdish fighters in the People’s Protection Units (YPG)  are the biggest bulwark against the spread of ISIS. They have fought bravely, relying on their own meagre resources, to protect civilians in northern Syria and Iraq. "They have also served primary force responsible for the liberation of huge areas of land that was previously under the control of ISIS. “In order to achieve a just and lasting peace, the Turkish government must release Kurdish leader, Abdullah Öcalan, a firm supporter, and main architect of peace initiatives. “The Turkish government and others must also recognise that any negotiated settlement of the Syrian conflict must include peace and justice for the Kurds, including in Turkey. “The Turkish government needs to restart the peace process with the Kurds and respect the rights of all its people as a matter of urgency.”
ADVERTISEMENT - CONTINUE READING BELOW