Derry men in crisis urged to avail of ‘life-saving’ service 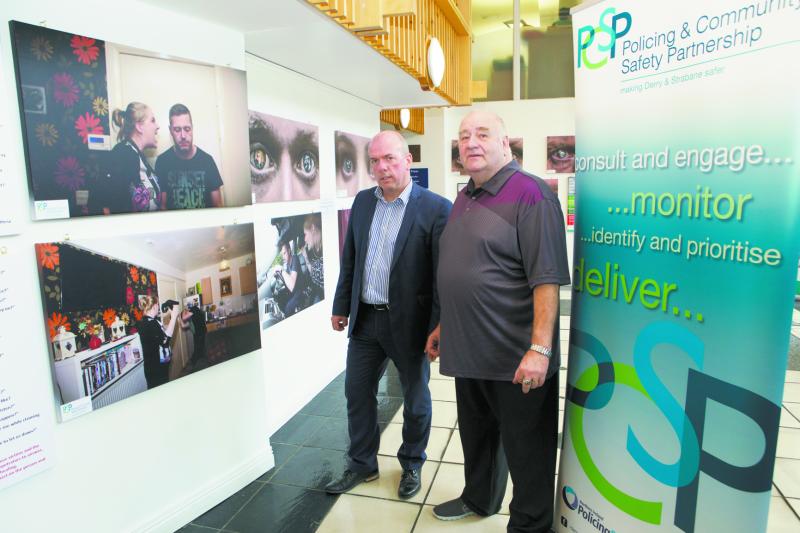 A Derry charity aimed supporting the health and well-being of men is urging men who feel they are in crisis to speak to them. The Men’s Action Network (M.A.N) was founded in 1994 to provide a safe space for men to find support with the life issues they were experiencing. Speaking to the Derry News, Michael Lynch, Director of Services with M.A.N, said the group still has the same ethos today. “The group was founded by five or six men who had been helping a young fella who had been a victim of sexual abuse,” he said. “Unfortunately, he didn’t survive, he took his own life and the men who had been helping him held a public meeting in the Library in Foyle Street. “From that meeting, Men’s Action Network was formed as a space where men could come and talk about their lives.” Initially the group met once a week as a self-help support group, a service which continues to this day. The remit of M.A.N has now extended to supporting and promoting the health and well-being of men in the North West. The charity deals with around 80 men a week suffering from a variety of issues such as anxiety, depression, sexual abuse, domestic abuse and addiction. There is a team of 25 counsellors working and volunteering at the charity, many of whom specialise in certain areas. “We don’t really like to go on about it, but we have saved literally hundreds if not thousands of lives,” said Mr Lynch. “But at the same time, not everyone knows we are here so we feel it is important to reach out and say it. “We would always say don’t isolate yourself, particularly when it comes to domestic violence. “We have to try and get away from the old idea that big men don’t cry.”   Humbling   Mr Lynch added that the group is experienced in helping people with suicidal thoughts. “There are many factors why someone might contemplate suicide,” he continued. “For them to stay alive they need to go back into themselves and find that opening of, ‘I can go on’ or they need to hear that other people might help them. “People might need help. “One hundred people might help you but you are the one that will get yourself through it. “You will find a way to get through this and you will be okay, but if you are in crisis there are people there to help you.” Mr Lynch said the strength of the men he has helped has been very humbling. “It has been a privilege to listen to the hundreds and thousands of people who have survived what seems like a really un-survivable situation,” he added. “It is important people know there is hope, there is help and there is a way forward.” Around 45 per cent of the men who use M.A.N have a fathering role and the group has created a special programme called ‘Father and Families’ to help them. “We don’t see a man as just a man, we know they are surrounded by people like their partner and their families,” said Mr Lynch.   Devastation   The Verbal Arts Centre is currently playing host to a photography exhibition by members of M.A.N about male victims of abuse. Mr Lynch said men who were subjected to abuse as children can suffer from a variety of problems as adults. “We know the devastation it causes. It can present as relationship problems but it is really stemming from abuse. “An issue makes a person angry and that’s when the disclosure happens.” Despite the work carried out M.A.N it has never received government funding and the running costs of the premises alone cost up to £16,000 a year. “We are the only organisation that does what we do in the way that we do, offering the range of services that we do,” added Mr Lynch. To mark this year’s International Men’s Day on November 19 there will be a special event held at the Millennium Forum to promote men’s health and well-being. M.A.N is located at The Old City Factory, 100 Patrick Street, telephone 028 71 377777.
ADVERTISEMENT - CONTINUE READING BELOW