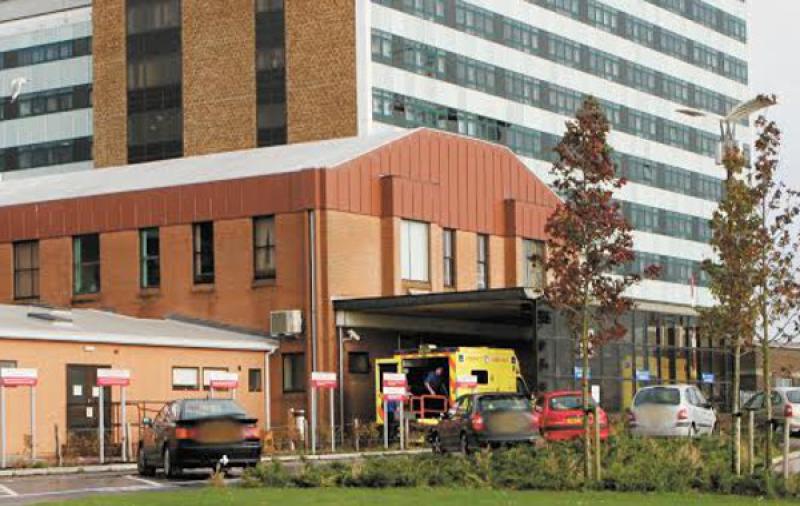 District Judge Barney McElholm has said that 'the word has to go out if you assault medical personnel you are going to prison.' His comments came in the case of Aidan O'Kane (27) of Bligh's Gardens in Derry who admitted assaulting a doctor, a pregnant nurse and a police officer at Altnagelvin Hospital on June 18. The court heard that O'Kane was found lying in the street heavily intoxicated in the street and was taken to hospital. While there he became aggressive and lashed out, kicking the nurse and trying to punch her in the abdomen area. He assaulted the doctor and hit the police officer on his body armour. He told police he was too drunk to remember what happened. Defence counsel Johnny Longman said thankfully no one was injured in the incident. He said O'Kane was 'ashamed' of the incident and as a sign of his remorse had brought £270 in compensation. He described the incident as 'out of character' for O'Kane. Judge McElholm said the fact there were no injuries was due to 'pure chance.' He said the defendant had struck out at the nurse who was pregnant leaving her 'fearful and distressed and concerned about what might have happened.' Judge McElholm said that there seemed to be a stream of these type of cases. He said quite often the perpetrators 'were found comatose in the street and brought to hospital by the emergency services to avoid injury to them.' The judge said they invariably lash out or abuse staff and claim then they can't remember what happened. He added: "The message has to go out that the courts are not going to tolerate this sort of behaviour in hospital. "It was pure good luck that he did not seriously injure the nurse." O'Kane was jailed for four months and ordered to pay the nurse £500 in compensation for the trauma he had caused her.
ADVERTISEMENT - CONTINUE READING BELOW