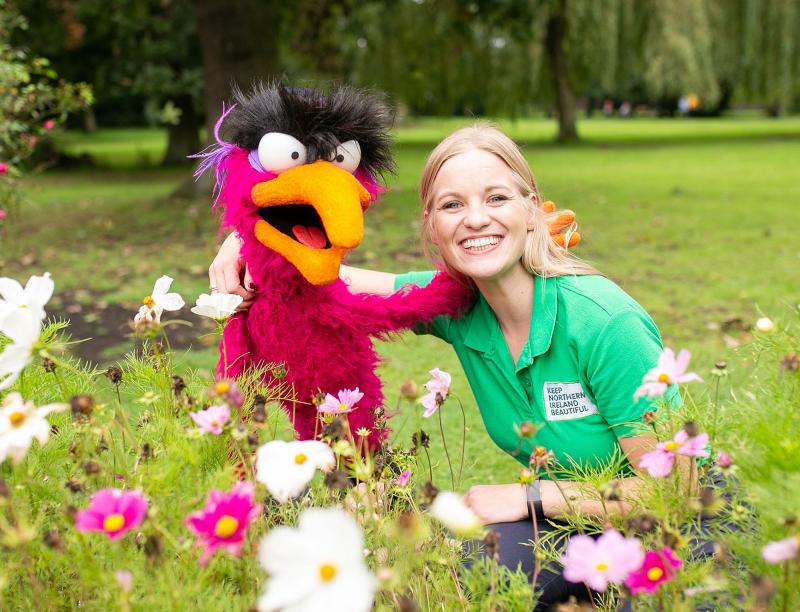 A litter-loathing puppet is the star of a new anti-litter campaign being rolled out across the north, and he’s pulling no punches when it comes to offenders.

The campaign from Keep Northern Ireland Beautiful and its Live Here Love Here programme is being backed by Derry City and Strabane District Council.

It features the puppet who pops up out of nowhere giving litter louts a proper puppet telling off in true Northern Ireland style.

Organisers behind the campaign hope that the straight talking puppet will get through to those people who still continue to litter.

Jodie McAneaney, Live Here Love Here Manager said, “Littering continues to be a major problem on our streets, in our parks and on our beaches.  95% of streets and public spaces surveyed in Northern Ireland have at least some litter on them.

“Last year, over 141 tonnes of waste was collected, costing the public purse £45.5m a year on street cleansing.  Like many members of the public who take pride in our province, our puppet gets really aggravated when he sees those who litter foul carelessly.”