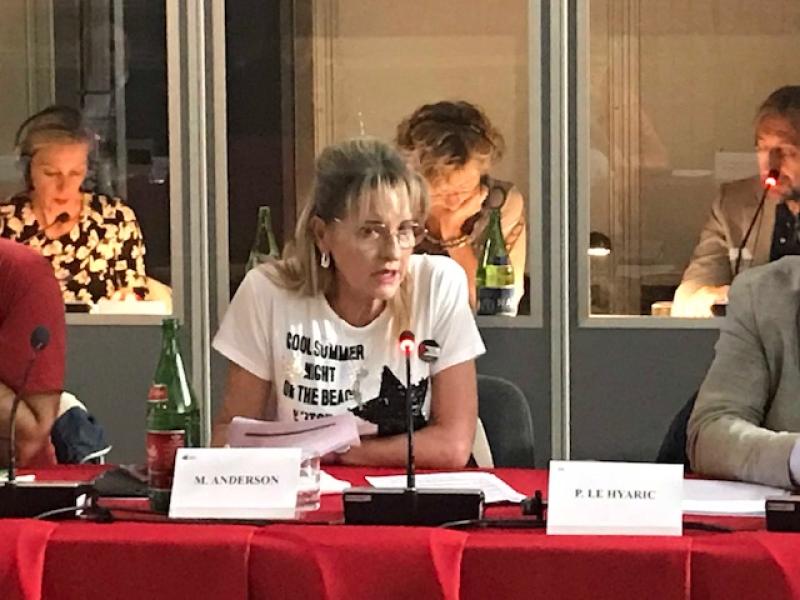 A Derry MEP has said democratic action to defend public services is essential in the face of austerity. Sinn Féin's Martina Anderson was speaking during a conference on austerity and public finances in Naples during a European Parliament study visit, Martina Anderson said: "We’re meeting here today a decade after the global financial crisis hit. Of all the wealth created in the world today, 82% of it now goes to the richest one per cent. "The bank bailouts, the austerity programmes, the monetary policies of the major central banks, and the failure to stamp out tax dodging by the wealthiest corporations and individuals, have all contributed to the growing gap between the rich and the poor. "The bailout of the banks in the Irish state saddled the people with 64 billion euro of debt. When the Irish government turned to the Troika to be bailed out itself, the Commission, the ECB and the IMF pushed for the privatisation of public goods and services in return as part of their general austerity programme. "The North of Ireland also suffered from the austerity policies of the British government. The Tory government,  now propped up by the DUP was never forced by the Troika to implement austerity - they did it voluntarily. "But people can act to defend public services. In the south of Ireland the Right2Water movement fought to keep water in public hands. In the North. Sinn Féin Minister Conor Murphy blocked in introduction of water charges. These are examples of democracy in action and we need to see more of that across the EU to continue the fight against austerity." Photo - Sinn Féin MEP Martina Anderson speaking at the conference in Naples.
ADVERTISEMENT - CONTINUE READING BELOW