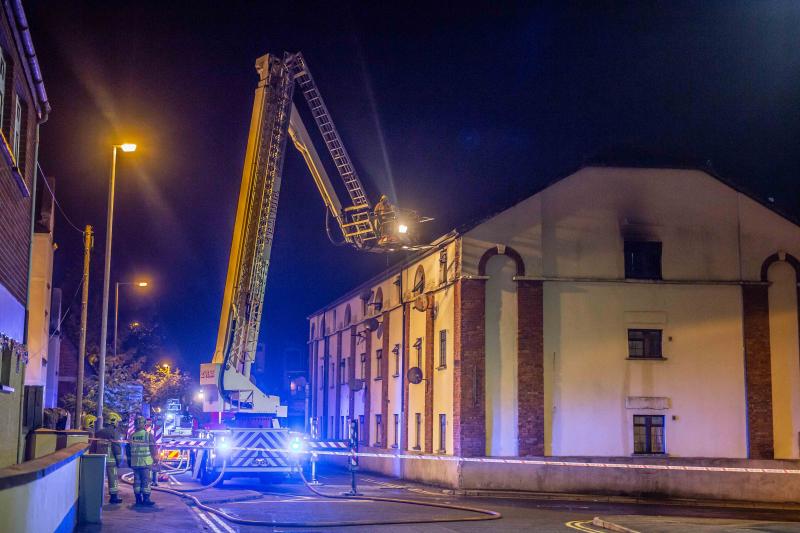 Around a dozen people were evacuated from an apartment block in Coleraine in the early hours of this morning (Thursday, September 27) after a suspected arson attack. Up to thirty firefighters attended the fire at Long Commons after it broke out in a second floor flat at around 2am. The Northern Ireland Fire and Rescue (NIFRS) personnel prevented the fire spreading to other flats. An investigation into the fire has already begun but the NIFRS believe it was started deliberately. Group Commander Tom Morrow said there was substantial damage to the flat where the fire began. "The crews first in attendance did a great job suppressing that fire and stopping it spreading throughout the premises whilst rescuing people from the building at the same time," he said. "There's a number of residents whose accommodation is no longer fit for purpose, so the Red Cross are looking after five of the residents until the Housing Executive, working with social care, is able to find them alternative accommodation." "We believe the fire was started deliberately," he said.
ADVERTISEMENT - CONTINUE READING BELOW