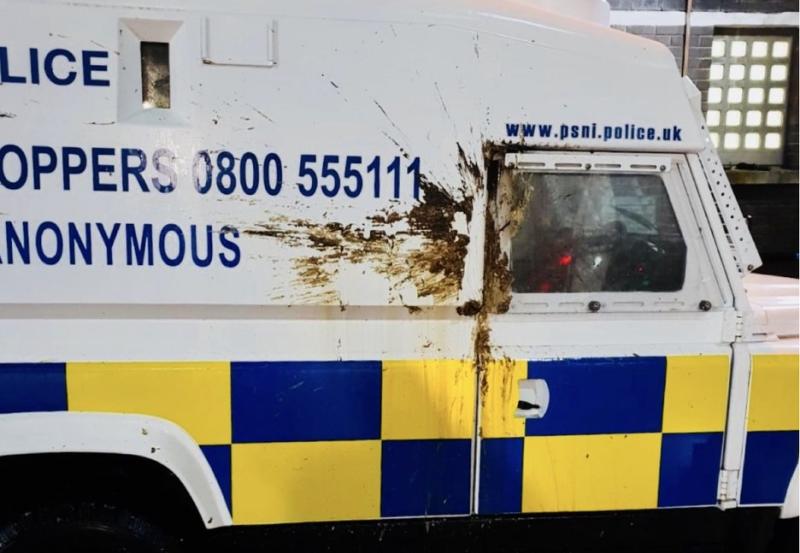 The PSNI in Derry has revealed that human excrement was thrown at one of its vehicles during an incident in Derry yesterday. Police have said that the incident took place while its officers were on patrol in the Creggan area. "What levels of hygiene does he or she aspire to?" a police spokesperson stated on their Facebook page.
ADVERTISEMENT - CONTINUE READING BELOW