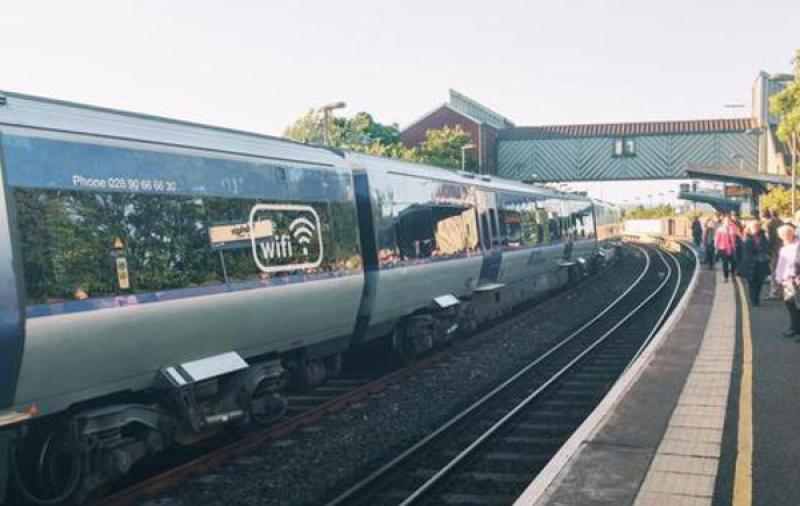 There will be a scheduled closure of the railway line between Derry and Coleraine during the first weekend in October due to the work underway on the sustainable cross-border Transport Hub at the former Waterside Train Station. In order to facilitate extensive track and signalling works as part of the project, there will be a number of short-term line closures throughout the period of work – these will be timed in order to minimise disruption for railway users as far as possible. The first of these will be from 10:30pm on Friday 5 October until the morning of Monday 8 October. These essential works are the first stage in the railway scheme, and return bus substitution services will be provided from Derry to Coleraine, with a secondary bus substitution service from Coleraine to Castlerock, throughout the weekend. Normal services will resume on the morning of Monday 8 October, with no further planned closures of the line until spring 2019. On the evening of Friday 5 October, the 20:10 and 21:10 NI Railways services from Great Victoria Street will operate to Portrush, with substitute buses departing from Coleraine Bus and Rail Centre for Derry~Londonderry via Limavady at 21:50 and 22:50 respectively. The bus substitution services will depart from Foyle Street Bus Centre, travelling via the city’s train station and Limavady Bus Centre before terminating at Coleraine Bus and Rail Centre. Services will run every hour from 6am on Saturday 6 October and every two hours from 9am on Sunday 7 October. Passengers who would normally travel from Bellarena should board and exit the substitute services at Limavady Bus Centre. Return services from Coleraine will run to the same frequency. A normal railway timetable will operate between Belfast and Coleraine for the duration of this closure.
ADVERTISEMENT - CONTINUE READING BELOW