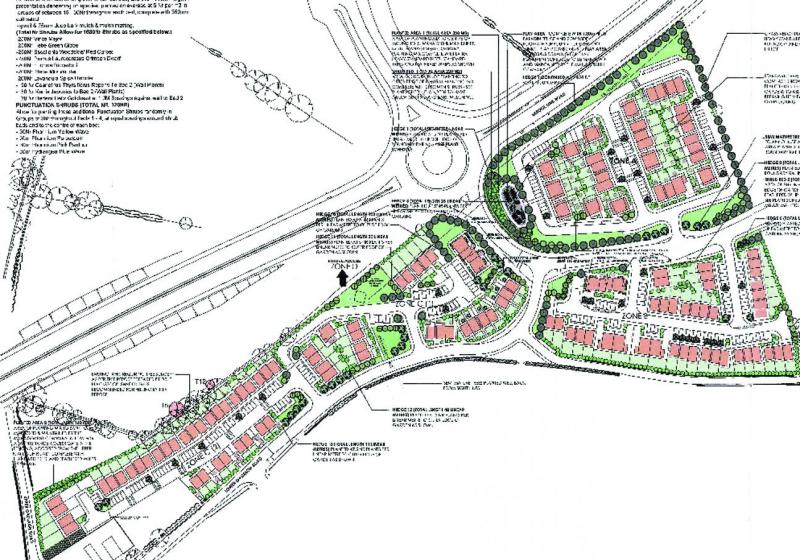 AN additional 160 new homes are being planned for the Galliagh area as part of the latest phase of development being planned by a social housing body. The new homes, known as Galliagh Phase 4, will comprise of 158 new dwellings, located at lands close to the Skeoge Link and situated to the north of the Lower Galliagh Road and Woodbrook West, pictured on the map above. The development, which is being overseen by the social housing provider Apex, will be made up of a mix of 55 three-bedroom homes, 48 five-bedroom houses and eight six-bedroom houses. It will also include houses specially adapted for people with ‘complex needs’, and 16 one-bedroom apartments. The new homes marks the latest housing development being planned for the Skeoge area by the Apex Housing Assoication, after planning approval was issued by Derry City and Strabane District Council’s Planning Committee for 176 new homes in March of this year. The development site is located close to the existing Clon Elagh development. At the time, the meeting was told that a total of 2,160 new homes was needed in the west bank area of the city was needed over the next four years to meet the current social housing need in Derry. The latest plans were lodged with the local council earlier this month, and are expected to come before a future meeting of its Planning Committee.
ADVERTISEMENT - CONTINUE READING BELOW