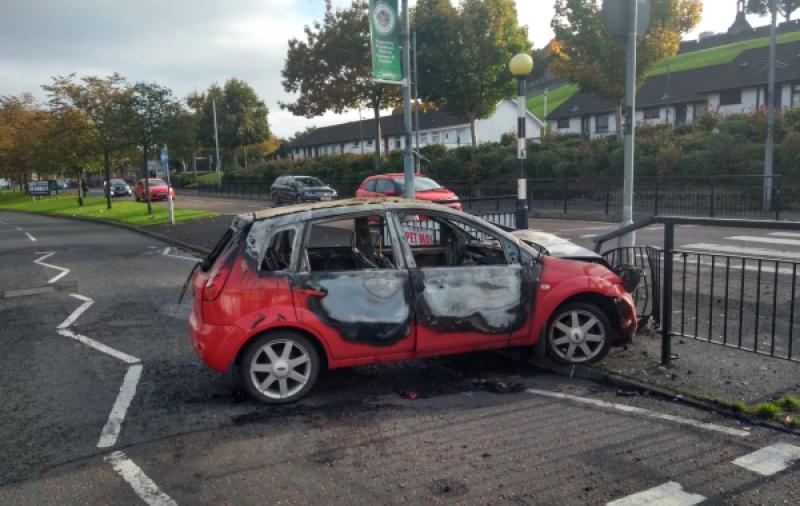 Police are seeking criminals responsible for stealing a car from the Ballymagroarty area of Derry which was crashed and burned in the Bogside at the weekend. The vehicle was stolen from O’Connor Court in Ballymagroarty on Sunday evening. The PSNI confirmed that a red Ford Fiesta was stolen between 5pm - 11.30pm before being found ‘completely burnt out’. It appears to have been driven down Westland Street before midnight where it crashed into safety railings at a zebra crossing on the Lecky Road. The car was then set on fire and those responsible fled from the scene.   Police received a report regarding the theft of a car from the O’Connor Court area of Derry in the early hours of Monday morning. A spokesperson added: “It is believed the red Ford Fiesta had been stolen sometime between 5.00pm and 11.30pm on Sunday 30th September. “The vehicle was found completely burnt out in the Westland Street area at around 11.45pm on Sunday night. “Enquiries are continuing and officers would ask anyone with any information to contact them at Strand Road on 101 quoting reference number 31 01/10/18.”
ADVERTISEMENT - CONTINUE READING BELOW