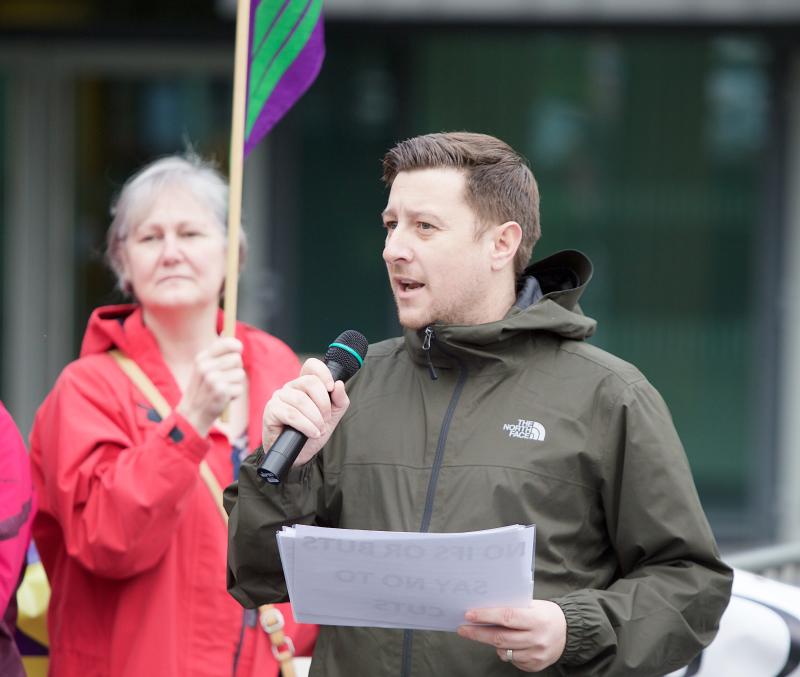 A man has appeared at Derry Magistrate's Court charged with an assault on independent Councillor Darren O'Reilly. Dean Beattie (25) of Glenowen Park in Derry appeared charged with possessing two knives, assault on his partner and the local Councillor, burglary with intent and driving with no insurance on September 28. A police officer told the court that police were called to an ongoing disturbance in the Rosemount area. There were reports of a male engaging in a disturbance in a property. Police were then told that Beattie had left the house with two knives one being a machete type. The officer said Beattie was approached by a local community representative and he was said to have brandished the weapons at him and said he was not afraid of him. CCTV showed the defendant on a moped and a second male was seen dumping something. A search recovered two knives. The officer said that Beattie had 68 previous convictions and opposed bail saying he had a 'poor bail history' and could interfere with witnesses. He said police would be concerned with Beattie's behaviour. Defence solicitor Seamus Quigley asked had either of the two alleged injured parties been injured and was told they hadn't. He asked had either made a statement yet and again was told no. The solicitor said it was 'a serious enough incident' but said bail could be managed. District Judge Barney McElholm said that he was refusing bail on all grounds and remanded Beattie in custody until October 25. Pictured above: Independent Councillor, Darren O'Reilly.
ADVERTISEMENT - CONTINUE READING BELOW