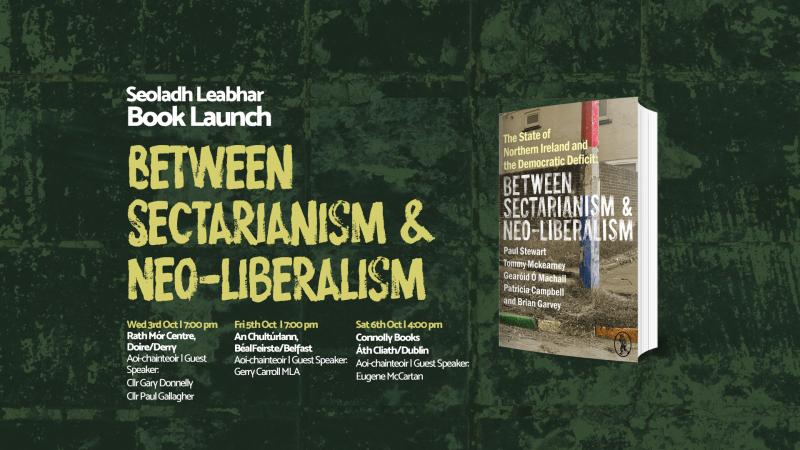 A new book will be launched in Derry next week exploring the state of the north 20 years after the Good Friday Agreement. 'Between Sectarianism & Neo-liberalism' will be launched at the Rath Mor centre this Wednesday, October 3 at 7.30pm, where the guest speakers will be the independent councillors Gary Donnelly and Paul Gallagher. Written to coincide with the twentieth anniversary of the Good Friday Agreement, the book argues that the seeds of recent problems were sown in the 1998 agreement. The authors of the publication, Paul Stewart, Tommy McKearney, Gearoid O’Machail, Patricia Campbell and Brian Garvey bring many years of political experience and observation to bear on the subject matter.  Coming from a range of activist backgrounds in trade unionism, socialist republicanism, academia, healthcare and community development, they share a common interpretation of the northern state as a failed political entity that is beyond tinkering and reform. The book is published by Vagabond Voices, an independent publisher founded in 2008 and based in Glasgow, Scotland. Copies of the book can be purchased online via the publisher or in a number of selected bookshops throughout Ireland
ADVERTISEMENT - CONTINUE READING BELOW