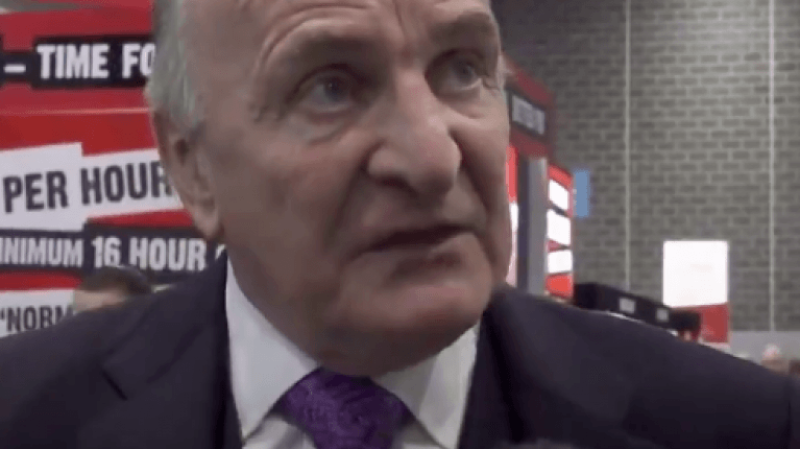 The SDLP will host a discussion this Saturday in the Museum of Free Derry on the fight for civil rights 50 years ago and the fight that continues today. The discussion will include Labour MP Stephen Pound as a panellist who will share his views on the fight for civil rights 50 years on from the Civil Rights Movement. Mr Pound, who is the Labour Shadow Minister for Northern Ireland, went viral last week after a video was made of him speaking in defence of the rights of citizens across Ireland from Brexit. Mr Pound is expected to speak on the challenge of Brexit and the impact on the rights of citizens across Northern Ireland, including the impact on the Irish border and the Peace Process. Commenting ahead of the event SDLP Leader Colum Eastwood said: “The Civil Rights Movement belongs to no one party - it belongs to the people. However, for us in the SDLP it has a special part in our history as our party was founded directly from the Civil Rights Movement. “50 years on from when citizens marched together in the defence of equality and opportunity for all, it is right that we remember but also that we revive our sense of determination to deliver a future based on fairness for all peoples. “As we face into the uncertainty of Brexit, here in Derry we will have an open discussion with voices from the Civil Rights Movement then and also with those of us committed to delivering civil rights now. This event is open to all. "It is important that we come together to find solutions to the major threats that now face us. This is the time to renew our sense of purpose, our sense of community and deliver justice and opportunity for all.” The event, Civil Rights Then and Now from 5.30pm to 6.30pm, Saturday, October 6, in the Museum of Free Derry. Panellists to include Stephen Pound MP, Councillor Mairia Cahill and Former Deputy First Minister Mark Durkan among others. Pictured above: Stephen Pound on Channel 4 News - the clip went viral for his strong views on the impact of Brexit on the rights of citizens across Northern Ireland, including the effect on the Irish border and the Peace Process.
ADVERTISEMENT - CONTINUE READING BELOW