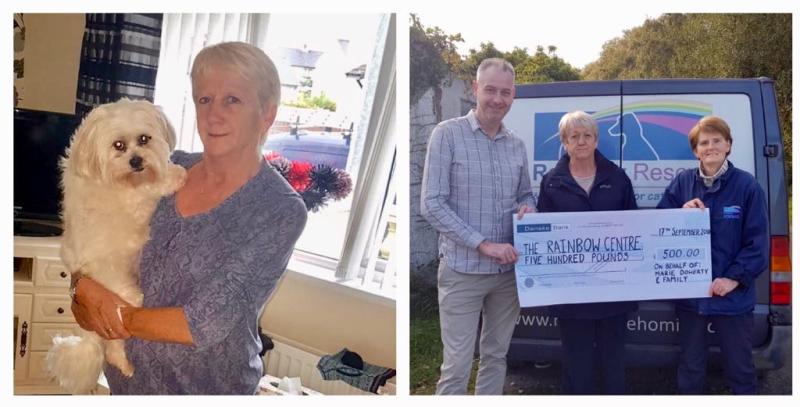 A Derry family whose beloved pet was mauled to death have donated £1,000 to local animal charities and praised the support and generosity of their community after the traumatic event. The city was shocked by the story of Ozzy, a much-loved family pet, who was mauled for almost an hour as his 63-year-old owner looked on terrified and helpless. Marie Doherty had been taking her three-year-old shih tzu, Ozzy, a walk in Bishop’s Field Park in July when he was viciously attacked by two large dogs that were not on a leash. Little Ozzy was rushed to the vet and survived for a couple of days after losing his leg but, sadly, lost his fight for life. Derry City and Strabane District Council confirmed in the wake of the attack that the two dogs responsible, who they described as a ‘Staffordshire Bulldog type’, had been euthanised. Speaking to the Derry News, Michael, Marie’s son, who arrived at the scene after the attack and took Ozzy to the vet, said that the local community and one neighbour in particular had shown the family tremendous support and generosity following the shocking attack. “Our neighbour, Catherine Higgins, was there in the park the night it happened and she set up a Go Fund Me page to pay for the vet’s bill, which came to £1,100,” he said. “We wanted to give a special word of thanks to Catherine for what she did for my mum, she came up to visit her afterwards too.” Michael said that there was £1,000 left over from the money donated by the local community and that the family felt it was only right to donate it to local animal charities. “Given the nature of what happened, we wanted to donate the leftover money to the Rainbow Rehoming Centre and Pet FBI,” he said. “We really want to thank the local community for their generosity and support; it just blew us all away.” Michael said that Marie is considering getting another dog for companionship but still misses little Ozzy. “We will know when the time is right; she needs a bit of time after what happened but I know the right wee dog will come along for her,” he added. Pictured above: Marie with her much-loved pet, little Ozzy, and Marie and Michael presenting Caroline at the Rainbow Rehoming Centre with a cheque for £500. The family will present another cheque of £500 this week to Pet FBI.
ADVERTISEMENT - CONTINUE READING BELOW