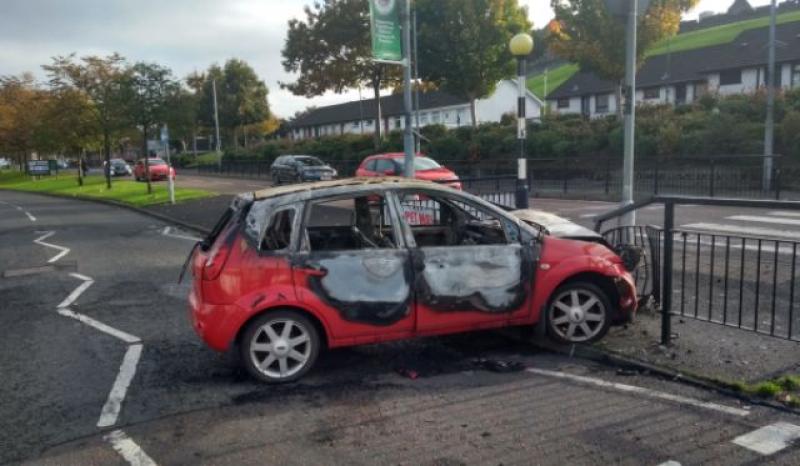 A Derry Councillor has asked for  emergency repairs to be carried out on safety railings on the walkway between two busy pedestrian crossings close to the Lecky Road Flyover. Sinn Féin Councillor Sharon Duddy's  call comes after a stolen car  was rammed into the railings and set on fire.   Councillor Duddy said: “On Monday morning I received a number of calls from residents to tell me that a car had been rammed into the railings in the central reservation between the two main roads leading to the Lecky Road flyover,and subsequently set on fire.   “I contacted CRJ and asked could they get the car removed as it was blocking one of the roads on the carriageway. It was only after the car was removed I seen the damage caused to the safety railings. “This is a very busy road and there have been many accidents there over the years. I felt it was important that the safety railings were replaced as soon as possible. “I have been in contact with Transport NI and asked for these repairs to be carried out as soon as possible. “I would also urge anyone who has information on the stolen car to contact the PSNI."
ADVERTISEMENT - CONTINUE READING BELOW