October 5, 1968: 'We didn't end sectarianism. It's a huge failure and there's no point hiding it'-Eamonn McCann 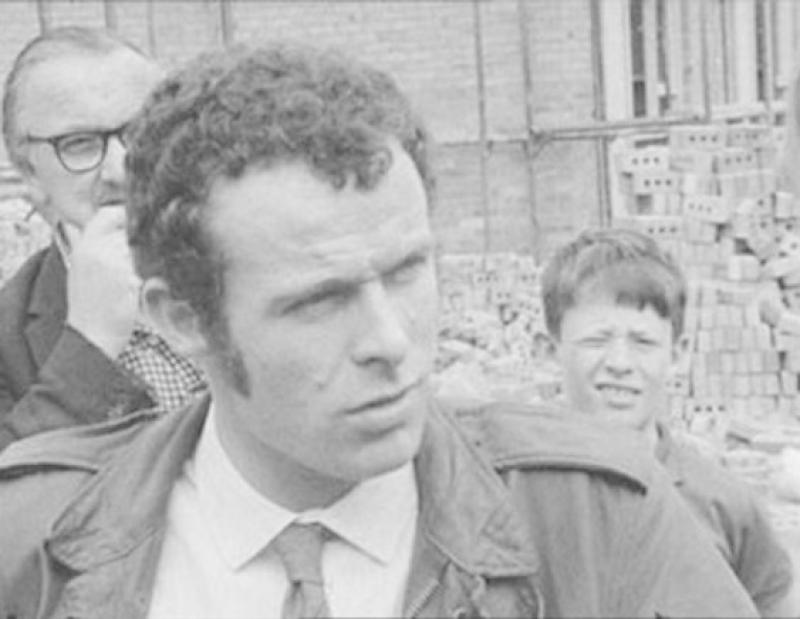 Tomorrow, October 5, 2018 will mark 50 years since a Civil Rights march in Derry's Duke Street was attacked by the RUC.

Banned by William Craig, then Stormont Minister of Home Affairs, TV images of the violence were shown across the world and brought the protests on the streets of Northern Ireland sharply into international focus.

In 2013, as the 45th anniversary of the October 5 civil rights march approached, one of the civil rights movement's chief protagonists Eamonn McCann contended that if a journalist picked out a dozen people who were standing in roughly the same spot in Duke Street that day they would all tell a completely different version of what they witnessed.

This he said, didn’t make for an untruthful version of events, but rather that each person has, and is entitled their own version of the truth.

According to the journalist and political activist his stand-out memory of that Saturday afternoon 50 years ago is not of the police attack on the march but something that happened before it actually took place. It is something, he says, that still has him puzzled to this day.

“My most clear memory is of being arrested a couple of days before the march with Ivan Cooper and Charlie Morrison and being held at Victoria Barracks.

"I remember puzzlement at firstly being arrested, then being held without being questioned and then let go. In fact no one in the police station spoke to us at all.

“I remember thinking to myself 'what are the RUC playing at' and also thinking about who else they’d arrested. Was it Finbar O’Doherty or Eamonn Melaugh?

“I am still puzzled. My conclusion is that they didn’t know what they were doing and that senior officers took the opportunity to teach the lower orders a lesson. It certainly chimed with what William Craig (Stormont Minister for Home Affairs) was saying. Whether it came as part of specific instructions from him, I don’t know. Whether it was part of a strategy, I doubt it. The RUC were a ramshackle organisation who had no experience of ordinary policing.

"They were always one of the most political police forces. People say, and they are absolutely right, that the Para's were the wrong regiment to deploy on Bloody Sunday. In the same way the RUC were the wrong police force to deal with the civil rights movement.

“Either way we just made it to Duke Street in time for the start of the march,” he said.

The original demands of the civil rights movement in Northern Ireland are already well known,  campaigned for as they were under the auspices of the broad coalition that constituted the Northern Ireland Civil Rights Association.

So, what if anything, would Eamonn McCann do differently now than then?

“I would do it all again, but what I’d do differently is to tell people on the left that we should have taken time out and take stock of the ideologies and politics involved. I think we would have come out of it with a much stronger left-wing organisation. I think now that we misused an opportunity.

“The difference between the left and the other tendencies involved on October 5 is that we identified more readily with the black civil rights movement in America and the anti-war movement, the French student protests of 1968 and the Prague Spring which happened that summer when the Czech people fought against Soviet imperialism.

“We had a different attitude than others involved, in that we sought out the most powerful allies we could irrespective of where they stood.

"To this day when People Before Profit go to America we speak to the Me Too campaign, the Black Lives Matter campaign and the education workers that have been involved in mass strikes.

"That's in stark contrast to others who were involved in the civil rights campaign who still seek to ingratiate themselves with the leaders of Irish America and and get admission to the White House. Those differences we had in the 1960s and 1970s are being reproduced again now.

"We wouldn't walk on the same side of the street as Donald Trump."

We also asked Eamonn McCann what he believes the civil rights movement achieved?

He said: "The achievements were substantial and dramatic. The disbandment of the B-Specials, the gerrymandering of political boundaries, votes for all, the end of the Special Powers Act, the new housing system were all conceded within a couple of years. These were greater advancements than anyone had made since the foundation of the northern state in 1921.

"These advances didn't come through armed struggle or parliamentary activity, they came through people power. I still have that perspective."

Conversely, we asked what did the left-wing movement not achieve?

"We didn't achieve the end of sectarianism. We believed that we could achieve unity on economic issues, on trade union activity and gay rights that was beginning to flicker then, but politics to this day here is dominated by orange and green.

"It's a failure of the left. It's a huge failure and there's no point in hiding it today."

McCann's analysis of the orange and green aspect of northern political life is somewhat ironically vindicated by the fact that after a lifetime of engaging in electoral contests his stint as a Stormont MLA lasted just ten months.

After success in the Assembly Elections of May, 2016 the collapse of the Executive in January, 2017 he lost out in the subsequent election which saw the seats in the Foyle constituency drop to five from six. Those returned on that occasion came from Sinn Fein, the DUP and the SDLP.

Eamonn Can said: "I agree with the Good Friday Agreement in so much as that it brought about an end to paramilitary violence-well most of it.

"That's a good thing, but it came at the expense of institutionalising sectarianism and with the addition of letting the British Government off the hook. I have no problems with peace but I do have a problem with the British Government being allowed to appear as if it had no part at all in the violence here and they were merely arbitrators between two warring factions.

"Voting figures here suggest that the more strident you are, the more successful you will be. That's not a good lesson to pass down to future generations.

"Listen to the phone calls that come in each morning to the Nolan Show about the NHS, then tune into Joe Duffy on RTE and the calls on the health service in the south. We can talk about 'hard borders' and 'soft borders' but we have partitioned the struggle for equality.

"We would argue not for a united Ireland but of a united Ireland. If you get people rising up, not in arms, but in anger things can be changed. I would like it to be said on all platforms that water charges north and south, a woman's right to choose in the south, were won by the people not by parties claiming that they affected change.

"We need to unite the struggle."

Nobody has come up with a solution of course. It's a tragic farce. We are confronted with a gallery of gargoyles like Gove, Farage and Johnson. We are their opponents and all that goes with it.

"We weren't concerned about the result of any referendum as we would be closer to the relationship that Dennis Skinner or Tony Benn wanted with the EU. It's a neo-liberal entity that is becoming increasingly militarised.

"Michel Barnier enthusiastically admits that he wants the EU more militarised in order that they can intervene in international conflicts. In that respect we are anti-EU.

"Also I don't like that it's being used as an opportunity to 'kick the Brits' and we end up praising right-wing characters like Leo Varadkar or parties like Fine Gael.

"For example and despite what has been claimed, the battle for equal pay for women didn't come from the EU, it was created by the struggle by women in the Ford factory in Daghenham. Working class people are consistently being written out of history.

"People have struggled for rights for years. It's only when the sheer force of numbers make these issues come to the forefront that political parties or institutions like the EU then take them on as issues and claim victory for them. It only happens when people fight for years."