October 5, 1968: 'You can ask what if, but you can't turn back the clock'-Gregory Campbell 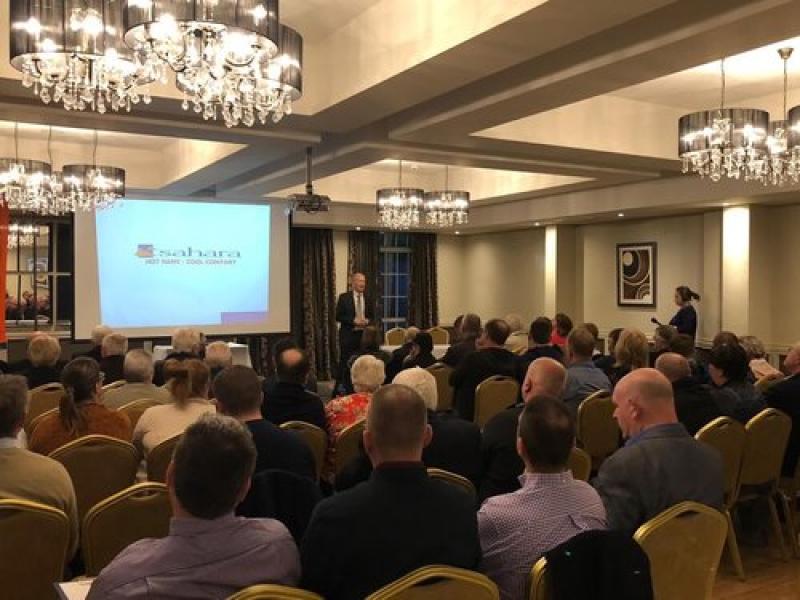 Fifty years ago as the Civil Rights march of October 5, 1968 was unfolding in Derry’s Duke Street, a few hundred yards away outside his home in York Street, Gregory Campbell was doing what many other boys in his mid teens still do on Saturday afternoons-playing football.

The first indication that the now MP for East Londonderry and his friends had that there had been ‘bother’ came when some those who had attended the march began to make their way home past the streets of terraced homes in the city’s Waterside.

Snippets of information were gleaned from the conversations of the passers-by that there had been clashes with the police.

It was the power of youthful curiosity that prompted a dash to the scene to see for themselves what was going on. But, by the time the teenagers arrived all there was to witness were the lonely-looking scattered remnants of the civil rights protesters placards hastily discarded as the RUC attacked.

In that moment it was impossible to foresee that this was a portent of much worse to come.

“I was very young and it’s easy to forget what it was like in terms of communications. Information came from newspapers and radio and black and white television. Even saying that now makes it sound like it was 1868 and not 1968,” said Gregory Campbell.

“The late 1960s was a time of political upheaval. There were riots in Paris, the civil rights protests in America. Now, if something happens at 10am anywhere in the world, by 10.15am its on television. Back then it took perhaps a week for information to come out,” he continued.

As said, half a century later, Gregory Campbell is the DUP MP for East Londonderry. Last Thursday night, (September 27) his party organised a an event at the Whitehorse Hotel at Campsie to “relate a balanced and accurate picture” of the civil rights demonstrations. The event, was also aimed at counteracting nationalist and republican events to mark the 50th anniversary of the October 5 demonstration which is often said to be ‘day that the Troubles began.’

The event at the Whitehorse included the screening of a documentary entitled ‘Civil Rights-Righting the Wrongs’.

Mr Campbell said: “We wanted to give a more balanced and accurate picture of events around that momentous period. We heard first hand accounts of how Protestants were forced from their homes in those days.

“During that time there was a massive movement of the unionist population-much of it due to intimidation and terror-from the west bank of Londonderry across the River Foyle to the east bank and further afield.”

After the event Mr Campbell said: "Thanks to all who the night a real success. The showing of a film documenting the Exodus from Londonderry's West Bank of many thousands of Protestants. Those who want to remember the origins of the Civil Rights protests 50 years ago will not be allowed to forget some truths they won't admit to. Thousands of our people driven from their homes. Those who demanded rights we didn't have either, while ignoring our plight will find the light of truth continuing to shine on them."

Speaking on his own recollection of that era, Mr Campbell told the Derry News: “Before October, 1968 all was quite settled. The Protestant and Catholic working classes weren’t very well off. Those were my circumstances and those of everyone that I knew.

“It wasn’t a power keg situation like its often portrayed. In the summer of 1968 there wasn’t that perception. I’d heard of a civil rights march in Dungannon first I think, but I wasn’t even aware there was a march planned for October that year.

“I was from a street called York Street close to Duke Street. There was a small cul-de-sac street and a number of us were playing football. We heard nothing until people were making their way back from the demonstration.

“We went down to see what the fuss was about. There were the remains of placards and there wasn’t many people about. It was the calm after the storm if you like. But, there was still no concept of what was ahead.

“It was the winter and spring of 1969 when there were a lot more demonstrations. That of course led to August, 1969. So, that was the context of the time in which the events took place.”

In the lead into the event at the Whitehorse Hotel, the SDLP’s policing and justice spokesperson Dolores Kelly MLA said that the DUP were “scratching in the dirt” with regard to a unionist examination of the 50th anniversary commemorations of 1968.

She said the DUP “failed to remember the role they played in whipping up tensions at the period in question.”

The Derry News asked Mr Campbell what he thought of those comments and he said: “I think if you look at the context of what happened at that time, and I was quite young with no political intent, I remember people saying as our community moved out of the cityside, first in a trickle and then a flood, that there were no protests or comments, no perception that within the nationalist community that this was being regarded as being wrong.

“Nothing was said by nationalist leaders like Eddie McAteer of John Hume saying that it was wrong. Nobody denies that the exodus of Protestant people from the west bank of the Foyle happened, but there was and is no examination of the underlying reasons for it.

“Now there are a series of commemoration events, which people are quite entitled to hold. At that time, the nationalist community was silent. But we aren’t going to be silent because this is the 50th anniversary of what happened to us as well.”

A report compiled by the Pat Finucane Centre however has concluded that the population shift was not mainly sparked by intimidation but by poor housing conditions and a lack of economic development.

At the time of the report, released in March this year, Gregory Campbell dismissed those assertions as “rewriting history.”

Asked what he thought of Sinn Fein’s planned series of commemorations on the events of October, 1968 the DUP told the Derry News: “If you look at the civil rights movement as it was 50 years ago, apart from those republicans who said they infiltrated the organisation, Sinn Fein was not involved in its leadership. They weren’t at the forefront.

Also, given that Mr Campbell has asserted that working class people in both communities found themselves in the same position in economic terms in the late 1960s, the Derry News asked him why more people from his community join the Northern Ireland Civil Rights Association?

“People have asked that. They’ve asked why when the Protestant and unionist community, when they felt marginalised too did join in the protests.

“When you look at some of the banners that were carried, and I saw them myself, they said ‘smash the Orange state’. So people thought. ‘this is what this about, it’s not about human rights it’s about destroying Northern Ireland.’

“After the start of the violence this was attempted to be justified. So that’s why Protestants and unionists didn’t join in. You can pose the question, ‘what if’, but you can’t turn back the clock.”