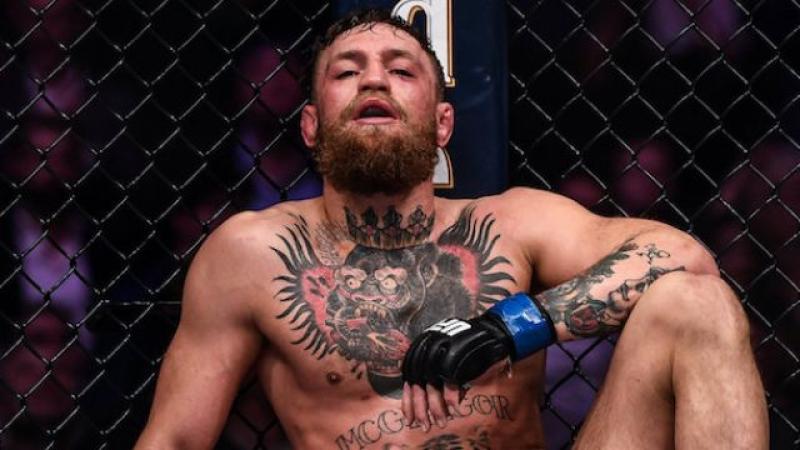 A Judge in Derry who was told a Donegal man had been 'inspired' to assault a police officer after watching the Conor McGregor fight sarcastically described the scenes that followed the bout as 'an edifying display'. His comments came at the appearance of a Donegal man on a charge of assaulting police on October 7. Leon Shovlin (25) of Kilraine, Glenties in County Donegal admitted the charge. The court was told that police were at an address to arrest another man and Shovlin became involved. A police officer told the court that 'in the commotion' the defendant shoved an officer and then lunged at him. Defence solicitor Maoliosa Barr said he had been staying with his cousin and they had watched the mixed martial arts fight and maybe 'inspired by that' Shovlin had behaved as he did. The defendant was sentenced to two months suspended for 18 months. Pictured above: Conor McGregor following his weekend defeat at the hands of Khabib Nurmagomedov.
ADVERTISEMENT - CONTINUE READING BELOW