Department of Infrastructure: Government department admits not reporting damage to public property to the PSNI 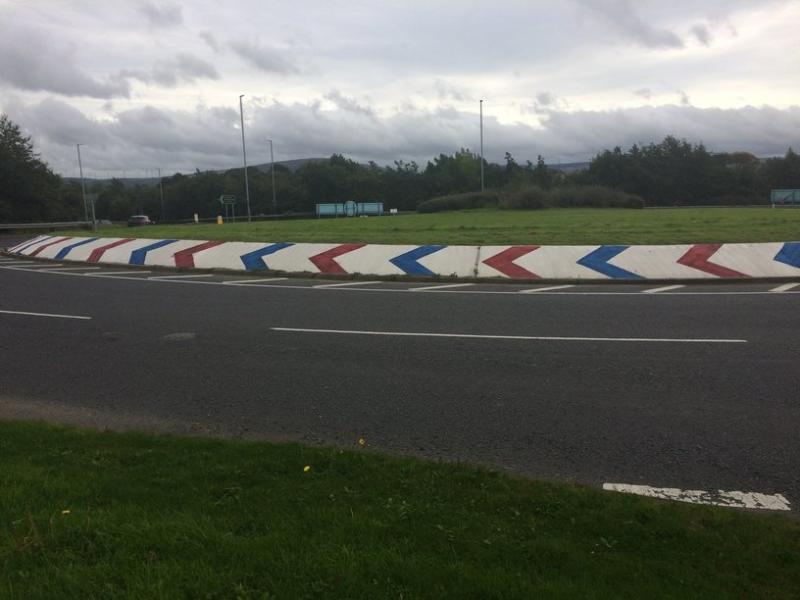 John Dallat, SDLP MLA for East Derry has lambasted the Department for Infrastructure (DfI) for not making any formal complaints to the police over damage caused to public property in the last three years.

Mr Dallat says he is ‘shocked beyond belief’ that DfI has not complained to the PSNI over damage to kerbstones and roundabouts.

A prolonged spate of vanadlism which heightened inter-community tensions, took place in Limavady during this year’s marching season.

Kerbstones, traffic signs and road markings were daubed in both red, white and blue and green, white and orange colours.

The periphery of the Lisnakelly roundabout at the entrance to the town was also daubed red, white and blue. In one incident workers employed by DfI to restore the structure to its proper status were intimidated out of the area by loyalists and prevented from completing the task.

Mr Dallat said: “I am shocked beyond belief that a government department responsible for millions of pounds of public property doesn’t have a practice of reporting criminal damage as a matter of course.

“The cost of removing paint and replacing signage that has been criminally damaged must run into hundreds of thousands of pounds. But, nothing can be done to deal with the culprits because there are no formal complaints being made by DfI. That’s amazing.”

News that DfI had made no formal complaints to police over damage to public property came after a response to a Freedom of Information request lodged by Mr Dallat.

The SDLP MLA asked for how made formal complaints the DfI had made to police in the last three years. He received a response from the departments Information Manager stating: “In response to your request, I can conform that in the period 2016 to the present, the Department has made no formal complaints to PSNI regarding the painting of road edge kerbs on other public property.”

Mr Dallat continued: “In a recent meeting with PSNI this anomaly was highlighted to  me and was the reason offered to me as to why they have made no attempt to prosecute those involved in painting rounadbouts, kerbstones and other public property.

“The police claimed that in cases where they know the culprits they have not submitted files to the Public Prosecution Services (PPS) because they would be rejected because no one is complaining. They went further and suggested that even if that the PPS were to recommend prosecutions these would be thrown out of court.

“I need to go back to the DfI to establish who took the decision not to prosecute and for what reasons.

“I wonder what happens when a motorist damages road signs in a traffic accident? I imagine they are responsible and replacement of the signs is part of a claim.

“Assuming this to be the case, I then have to ask why those going out with paint brushes to cause criminal damage to public property appear to be exempt from prosecution.”

A spokesperson for the DfI said: "The Department does not condone damage to its property, however, it is mindful of taking actions which would heighten community tension and compromise the safety of its staff. It does maintain liaison with the PSNI and will be raising this issue at the next liaison meeting later this month."

And, a spokesperson for the PSNI told the County Derry Post that the police had no comment to make regarding Mr Dallat's comments.