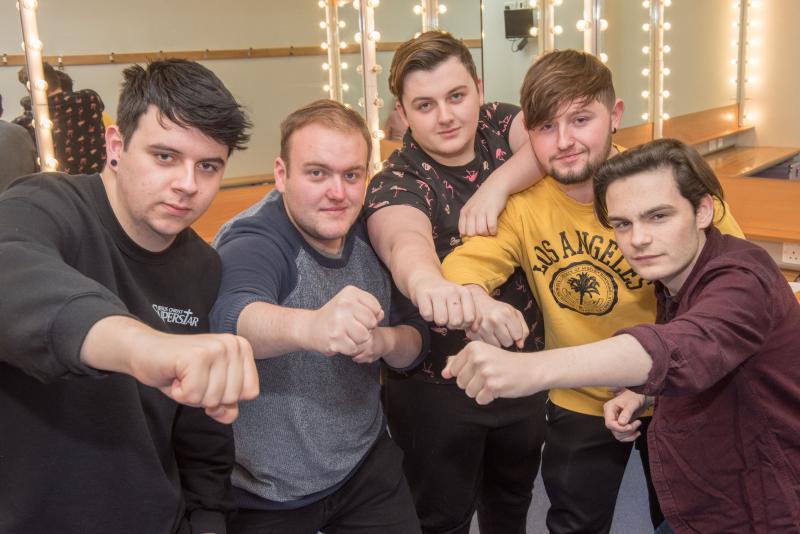 Five students from North West Regional College have been chosen to star in the West End show Evita which opens at the Millennium Forum tonight. Eoin Callaghan, Reece Cullen, Joseph Gallagher, Morgan Coyle and Kieron Clarke who are all studying for Higher Level courses in Performing Arts at Strand Road campus will take to the stage in a number of roles with the West End cast who have been touring the UK with the award winning show. Evita, penned by Tim Rice and Andrew Lloyd Weber tells the story of Eva Peron, wife of former Argentine dictator Juan Peron, from humble beginnings through to extraordinary wealth, power and iconic status which ultimately lead her to be heralded as the ‘spiritual leader of the nation’ by the Argentine people. Eoin Callaghan, who is in his final year of the HND in Performing Arts at NWRC said: “When our lecturer Michael Poole told us about the opportunity to star in Evita, we couldn’t say no, it was basically an opportunity to do our dream job for a week. “I knew a lot of the songs beforehand and the basic storyline, but the more I listen to the Evita score, the more I realise that it is a masterpiece. “Five of us will be playing a variety of roles that include being in the general Argentinian public, protesters and picketers, in fact it’s hard not to enjoy being a protester on stage because the music is so empowering."
ADVERTISEMENT - CONTINUE READING BELOW