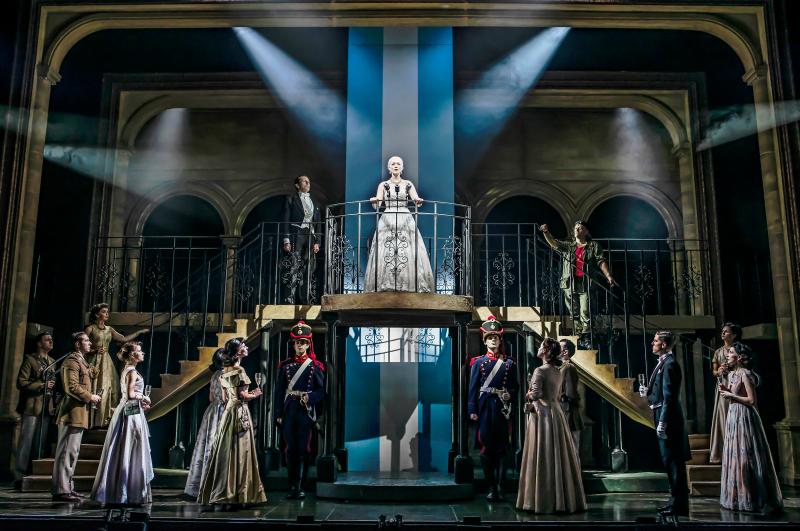 The male lead of a smash hit West End musical says Derry audiences are in for a treat when the production comes to Derry next week. With more than 20 major awards to its credit, an Oscar winning film version, and featuring some of the best loved songs in musical theatre, including ‘Don’t Cry for Me Argentina’ Evita is an iconic classic Mike Sterling plays the role of former Argentine dictator Juan Perón the in the musical, which charts the rise of his wife Eva from peasant to spiritual leader of the nation. “It is a real love story,” explained Mike, who is best known for his long running role as The Phantom in ‘The Phantom of the Opera’. “Their relationship starts off like a sort of contract or a business arrangement but he falls in love with her. “Whatever people think of dictators this guy is clever, he studies everything. “And we show people the human side of him.” The production is being brought to Derry straight from its West End run with all the production values that entails. “They have really gone to town with the set, the orchestra, the cast- it’s just incredible,” said Mike. “This type of production is not seen very often. “Eva is played by Lucy O’Byrne who is really incredible and she is just 27-years-old. “She takes Eva from a 15-year –old girl to a 33-year-old woman. “And that journey is really something. “She is one of the first women to make that impact. She became like a queen.” And Mike says he looking forward to bringing the production to the North West. “This will be my first time in Derry but I’m very much looking forward to seeing what it has to offer. “Especially the Guinness.” Evita performs at the Millennium Forum from Tuesday October 9 to Saturday October 13.  Tickets are now available from the Box Office.  Telephone 71 264455 or visit  millenniumforum.co.uk for bookings.
ADVERTISEMENT - CONTINUE READING BELOW