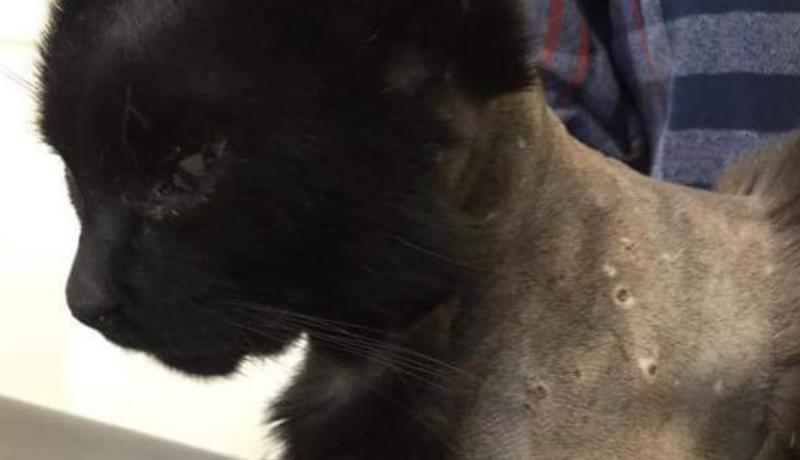 THE PSNI are seeking information which could lead to the arrest of those responsible for shooting a cat 25 times. Two-year-old ‘Lucky’ was found badly injured just outside her home last Thursday morning in Currynierin. Her owner Nellie McGinley, a 79-year-old pensioner, rushed her pet to a local vet, where it was discovered that the cat had 25 pellets inside its body and its head. It now remains to be seen if ‘Lucky’, who survived after being knocked down by a car last year, will survive this attack. "I can't understand why anyone would do something like this to a little cat," Ms McGinley said. "She went out on Wednesday night and didn't come home, which isn't like her. On Thursday morning I heard a faint cry at the back gate and I got her out there. We wrapped her in a blanket and raced her to the vet. "The vets took a pellet from her head and they have sent it away for analysis. If it is a lead pellet then she will have been poisoned and won't survive. "She is an innocent little animal who never did any harm to anyone. I would like people to own up and say that they did it and why they did it. I live here on my own, I say nothing to no one. I would hurt nobody. I can't understand why they would victimise my cat.” A PSNI spokesperson said: “If you have any information that can help us find the despicable excuse of a human being that caused this then please ring 101 and quote ref no 654 11/10/18.”
ADVERTISEMENT
Advertise with Us
ADVERTISEMENT
Advertise with Us
ADVERTISEMENT
Advertise with Us
ADVERTISEMENT
Advertise with Us