‘Justice for the 48’ campaign comes to Museum of Free Derry 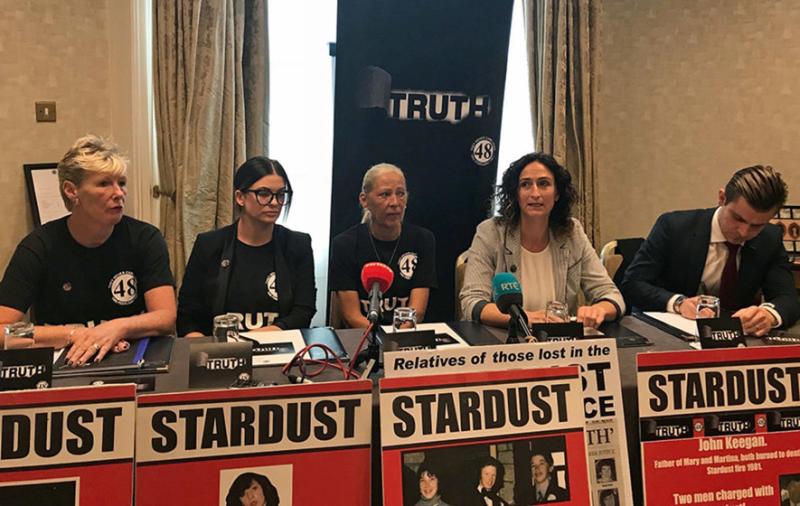 ‘Stardust families’ seeking the truth about the 1981 nightclub fire that claimed 48 lives bring their campaign to Derry for the first time tomorrow. Hosted by the Bloody Sunday Trust, the campaigners will speak at the Museum of Free Derry at 7.30pm on Tuesday 16 October with a screening of the recent RTE documentary ‘After the Headlines’. Accompanying the group will be Lynn Boylan MEP and RTE Journalist Charlie Bird, who covered the original story in 1981. A spokesperson for the families said: “The Stardust Victims Committee and families have been invited to Derry in support of our Stardust Truth postcards campaign. We are all so humbled by the recognition which we have been given by the Bloody Sunday Trust. We are truly overwhelmed by their kindness. Maeve McLaughlin from Bloody Sunday Trust said: “Derry has a long history of campaigning for Truth and Justice. We have experiences and lessons in the City that we are keen to share with others. The Stardust families have long endured great hardship and grief since the horrific fire in 1981 that claimed 48 lives. It is fitting that these families visit the city on the 50th anniversary of civil rights and I sincerely hope that Derry will offer every support and solidarity going forward.” The event is part of the Museum of Free Derry’s '50 Days of Revolution, 50 Years on' programme which runs throughout this October and November. www.museumoffreederry.org Pictured above: Members of the Stardust Justice Campaign, including Lisa Lawlor (second left) and Sinn Fein MEP Lynn Boylan (second right) at a press conference in Dublin earlier this year. Ms Lawlor, who lost both her parents in the Stardust tragedy, has given her support for a new inquest for the first time.
ADVERTISEMENT - CONTINUE READING BELOW