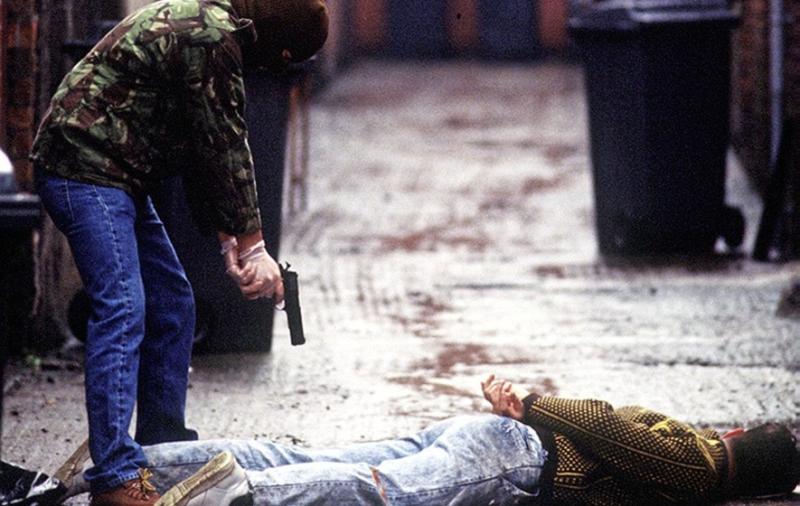 PSNI is supporting the ‘Ending the Harm’ campaign launched today which aims to raise awareness of the devastating impact that paramilitary style attacks have on the wider community. Telling the story of a paramilitary style shooting from the view point of a victim, his mother, the paramilitary gang member and a witness, the hard hitting campaign, which is part of the Tackling Paramilitarism Programme, encompasses TV, radio and outdoor adverts which will start to go live from 9pm tonight. Speaking about the Ending the Harm campaign, the PSNI’s lead for Paramilitary Style Attacks, Detective Chief Superintendent Raymond Murray said: “This campaign highlights the devastating impact that paramilitary style attacks have, not just on victims, but their families, local community and wider society. The people who carry out these attacks are reckless, giving little thought about the trauma they are causing to people living in the area witnessing these barbaric acts of violence. “Paramilitaries don’t carry out these attacks to protect communities. Instead, they do it to exert fear and control communities for their own selfish gains. These hypocrites acting as judge, jury and, in some instances, executioner do not represent the interests of any community. “Contrary to the perpetrators’ rhetoric, not all of their victims have been involved in criminality. When criminality occurs within communities, the Police Service of Northern Ireland is the only legitimate provider of law and order. "The causes of crime are complex and often linked to an individual’s mental health and substance abuse. Beating or shooting people simply makes these issues worse. Evidence suggests that where people have offended, three quarters of people subjected to a paramilitary style attack will go on to re-offend within a year. "In contrast, the re-offending rates of people who are dealt with through the criminal justice system are much lower - at less than 1/3 - clearly demonstrating there is a better more effective alternative. In simple terms, reporting crime to police is more likely to stop it. In many instances paramilitaries know this themselves but they don’t actually want the crime to stop, they simply want to control it or take their cut. “There are obvious difficulties in getting victims and witnesses of paramilitary style attacks to come forward due to fear but PSNI are far from powerless when it comes to dealing with these people who are exploiting their own communities. We are targeting the groups and individuals we suspect are responsible for the attacks and tackling their wider criminality, be that drug dealing, money laundering, human trafficking or any other illegal activity. “My message is simple. Policing works for communities, particularly for those communities that engage and work with us. Ultimately we all have a role to play in creating a safer society and ending the harm caused by paramilitary style attacks.” Visit www.endingtheharm.com for more information, real-life stories and details of where to go for help and support.
ADVERTISEMENT - CONTINUE READING BELOW