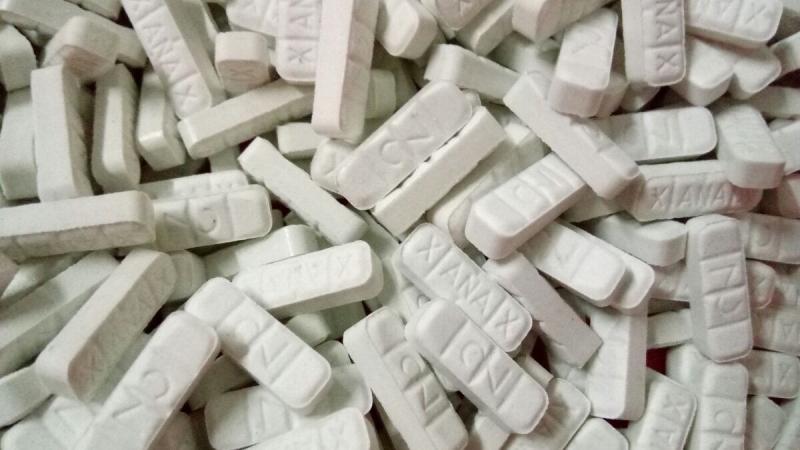 District Judge Barney McElholm has warned that anyone caught with the drug Xanax will be jailed as it is 'poisoning the city.' His comments came in the case against Kerri Ogilby (35) of Great James Street in Derry who was charged with possessing Xanax and breaching bail on October 15. A police officer told Derry Magistrate's Court that at 1.10pm CCTV operators observed a man and a woman in Orchard Street who looked to be involved in drugs. Police searched Ogilby and found a small plastic bag with four broken tablets which they believed to be Xanax. At interview Ogilby admitted it was Xanax and she was in breach of her bail conditions which prohibited her for having non prescription drugs. The officer said the defendant was 'on something like nine suspended sentences' and added that she continued to take tablets. He said most of her offending was when she was intoxicated with something and added if re-released she would commit further offences. Defence solicitor Keith Kyle said Ogilby had 'issues' but added that in this case she had forgotten about the tablets and intended to dispose of them. The solicitor said that Ogilby was 'fearful' she would lose her accommodation. Judge McElholm asked then why she won't stop breaching bail. He said she had been given 'chance after chance'. He said Xanax was becoming 'a major problem for this city and it has had tragic consequences' and warned people would be jailed. He sentenced Ogilby to two months.
ADVERTISEMENT - CONTINUE READING BELOW