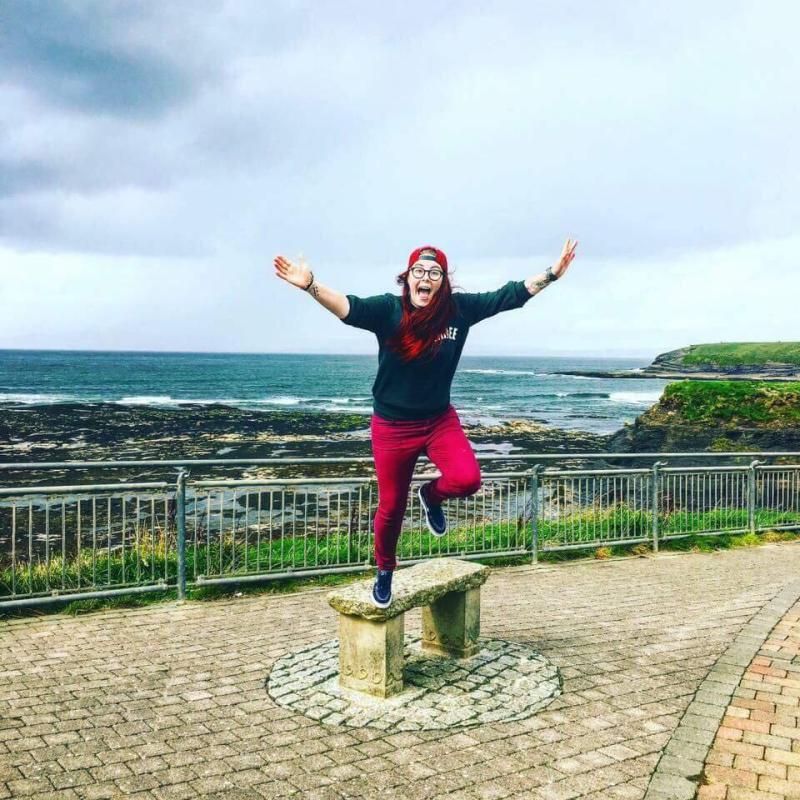 A young Derry woman has achieved her dream of opening a performing arts college and is set to stage her first production next month. Former Lumen Christi College pupil Cheryl McEvoy recently graduated from London's prestigious Royal Central School of Speech and Drama, where she discovered a love of directing. After moving back to her home town of Derry earlier this year she wasted no time in establishing The Chorus Academy of Performing Arts in the Milltown Business Park, just over the border in Buncrana. Before leaving for London Cheryl studied at the NWRC and it was here she discovered how many talented performers there are in the area, which influenced her decision to open a performing arts academy. "There is talent in Derry that we could use instead of having to bring people over from England for productions” she said. “Some of the people I knew at the college are better than those in the West End.” And next month her academy will put on its first Musical ‘The Addams Family’ starring a host of North West talent, including 19 year-old Lauryn Mullholland as Morticia Addams. Lauryn, who also studies at The Chorus Academy of Performing Arts said: “I've taken part in musicals from as young as 7 years old in Buncrana and Derry, being cast as Annie in "Annie" for Derrys City of Culture 2014. “I have been singing and performing in productions such as "Joseph and his Technicolour coat" Tour, Londonderry Musical Society and YouthForum for years. “I have since proudly become a part of the Chorus Academy of Performing Arts for its first year and I am so excited to work with them for this upcoming production of "The Addams Family". “Cheryl is an amazing director and I can’t wait to be a part of Cheryl’s vision coming to life on stage.’ During her time at the Royal Central School of Speech and Drama Cheryl discovered a love for teaching and directing. "I fell in love with theatre, but it's not necessarily musical theatre, jazz hands or the West End which most people would think of," she said. "In the first year we toured primary schools in Manchester with productions and in second year we went back to Manchester and worked with the LGBT community. "It was more about taking theatre where people can't access it. “I've done the acting thing now and I really enjoy the directing side of it.” And she cannot wait to see her first musical on the stage. “We do showcases every term but this is the first major production. “I aim to have the kids in the academy performing as much as possible so when it comes to doing a feis or an audition they are used to it. “You gain confidence from each performance I always think performing in front of people you know is that hardest thing.” The cast range from aged three to 30 and Cheryl says they give some great comedic performances. “It’s shaping up to be a great show,” she said. “It’s very funny and there are some great songs. “I had seen the script before but when I heard it in rehearsals I was just laughing my head off. “There’s such a difference between reading something and hearing it aloud with the actors’ own spin on it.” ‘The Addams Family’ will take place on November 8 and 9, The Plaza Ballroom, Buncrana, tickets are available at www.chorusapa.eventbrite.co.uk at 15 Euro and 10 Euro concessionary.
ADVERTISEMENT - CONTINUE READING BELOW