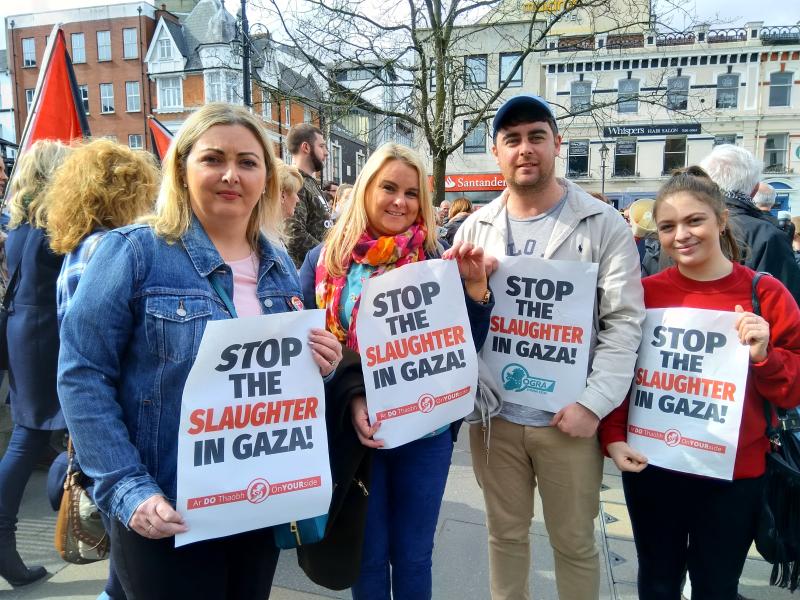 Sinn Féin Foyle MLA Karen Mullan has expressed concern at the decision by Queen’s University to invite Israeli ambassador Mark Regev to speak at an event on campus. The party’s Education spokesperson said: “I am deeply concerned that Queen’s University has invited the Israeli ambassador to speak on campus today. “The ambassador is a representative of the Israeli government who are involved in murder and human rights abuse against the Palestinian people whilst also endorsing their apartheid policies. “Over recent months we have seen the slaughter of hundreds of Palestinians - men, women and children - by the Israeli army. This is disgraceful. “Sinn Féin support the Boycott, Divestment and Sanctions (BDS) campaign which includes an cultural and academic boycott of Israel. “The collapse of the South African apartheid regime proved the effectiveness of cultural, academic and economic boycott as a way of securing change. “Queen’s University should not associate itself with Israeli government representatives whilst these actions continue and whilst the Israelis refuse to engage in meaningful negotiations. “Sinn Féin have written to the Vice-Chancellor to express concern at this matter and to highlight the plight of the Palestinian people.” Pictured above: Sinn Féin Foyle MLA Karen Mullan with Councillor Sandra Duffy, Councillor Conchúr McCauley
ADVERTISEMENT - CONTINUE READING BELOW