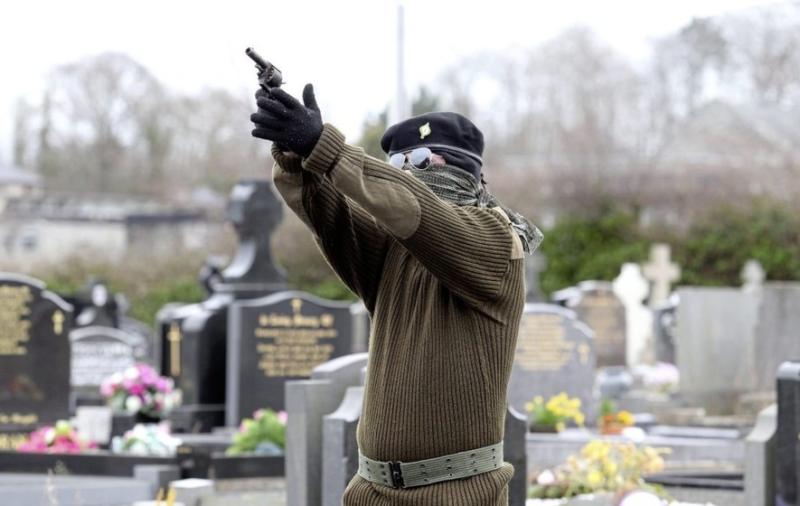 Armed republican groups in Co Derry have issued a stark warning that there will be ‘serious consequences’ for people they claim are involved in criminal behavior and who have also falsely accused them of being involved in recent incidents in the north Derry area.

In a phone call to the County Derry Post, using a recognised codeword for the grouping Oglaigh na hEireann (ONH), it was outlined that that organisation, the IRA (New IRA), INLA and the North Derry Republican Group have held recent meetings and agreed to issue a joint statement.

The spokesman for ONH added that the statement has also been approved by the political party Republican Network for Unity, who are said by some commentators to be associated with their paramilitary organisation.

The ONH spokesman stated that in recent weeks a ‘known drug dealer’ has publicly claimed they were ordered to meet with a republican group at a remote spot on the Glenshane Pass.

“He claimed that when he arrived that he was met by three masked and armed men who threatened to kill him.

“We categorically state that this incident did not take place and that this individual is using lies in an attempt to blacken the name of  republican groups.

“Discussions between ONH, the IRA, INLA and North Derry Republican Group have established that this so-called incident did not happen.

“This person has previously been warned about his activities and was ordered to leave the country. He would be well advised to stop carrying on spreading lies against us on social media.”

The ONH spokesman also referred to another incident in the last 10 days in the Altmover Road area of north Derry in which a car was badly damaged, after which he said those involved again attempted to blame republicans.

The caller to the County Derry Post continued: “All organisation's active in the north Derry area are clearly stating that there will be serious consequences for those criminal elements falsely accusing them of being involved in incidents of that kind.”

Dungiven based Sinn Fein Councillor Sean McGlinchey told the County Derry Post: “All of the young people that come under threat of attack in the area come to me. I go through Community Restorative Justice (CRJ) and a liaise with the police and try to resolve it.

“I have to stress that making threats like this is definitely not the way forward. The time to be acting in this way has come to an end.

“But, I am alarmed that a number of these young people are saying that they have been threatened because after I looked into and CRJ checked it out they weren’t threatened at all.

“Also, some family members have been using so-called threats to cover the criminal activities of young relatives. There's also instances of people telling statutory agencies that they have been threatened to get money and housing. The agencies hand it over immediately if they hear people have been threatened. There needs to be proper checks around these claims.

“It causes problems when there is a genuine threat. It makes it much harder to resolve then.”

Oglaigh na hEireann broke away from the Real IRA around a decade ago. They have been responsible for a series of gun and bomb attacks, most notably against Catholic police officer Peadar Heffron in January, 2010.

However, in January this year the group announced a suspension of ‘armed activity against the British state.’

A statement from ONH at the time said that the “environment is not right for armed conflict at this time”, but added that “the leadership of ONH remain unbowed and unbroken. We will continue to protect our membership base as we move forward in a spirit of united determination to achieve our political aims.”

The republican group also said the decision followed a review and discussion with its membership after which it expected there would be action on prisoner issues. But, after the ONH announcement former members formed a new group called the Irish Republican Movement and threatened to ‘continue the fight against Crown Forces.’

The INLA formally ended their armed campaign in October 2009 stating “The objective of a 32-county socialist republic will be best achieved through exclusively peaceful political struggle.”

The North Derry Republican Group have been responsible for a number of attacks in the last few years, most notably in Dungiven.

In October last year the group issued a threat against those it said were ‘pushing drugs’ in the north Derry town. In a statement to the County Derry Post it warned that those selling drugs in the area had 48 hours to come forward.

“We have information about people in Dungiven, young and old, who are pushing drugs. They have 48 hours to come forward to a community worker to clear their name. If they don’t we will be paying them a visit,” the group said.

The other group involved in the joint statement, the New IRA,was blamed in July by PSNI Chief Constable George Hamilton for being the main orchestrator of a week of violence in Derry's Bogside.

The statement from the republican groups in Co Derry comes as the PSNI today prepares to launch a public awareness campaign on paramilitary style attacks. The campaign is part of a wider scheme called the Tackling Paramilitarism Programme which was part of the Fresh Start agreement at Stormont in November, 2015.

It set up a three-person panel called The Fresh Start Panel to make recommendations on the disbandment of paramilitary groups.