Fairhill Youth Club: Maghera youth centre provides a home away from home for kids in the area 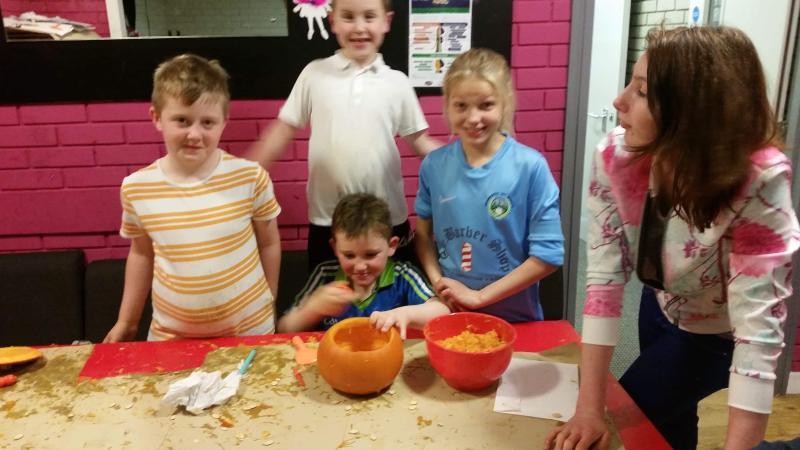 There is a persistent and accurate image of youth clubs in Northern Ireland that they provided a safe haven against the ravages of the Troubles in the 1970s and 80s.

It’s also very true that had it not been for youth clubs in that era a lot more young people may have found themselves embroiled in paramilitary activity.

While that particular issue has largely disappeared these days, those type of societal pressures have simply been replaced by others for many young people these days.

One south Derry organisation striving to offset the strains felt by local youths is Fairhill Youth Club based in Maghera.

The centre delivers programmes for five to 18-year-olds not just in Maghera but in the surrounding towns and villages such as Slaughtneil, Swatragh, Glen and Gulladuff. Put simply, it’s a base where young people can meet safely, find new friends and take part in a wide range of activities.

But, above and beyond that, and as dictated by the pressures of modern life, Fairhill members can also access information on the many and diverse modern pressures that can weigh heavily on young shoulders.

A policy of encouraging a sense of ownership of the club also sees kids included in the decision making process and project delivery.

Meabh Mallon has been the Centre Leader at Fairhill Youth Club since 2011. With a background as a childcare tutor, facilitating dance and drama workshops and currently compoleting a degree in Youth Work, it’s easy to tell that this mother of three young children has a passion for what she does.

“We are a registered charity so it is hard. It’s a matter of applying for money every time we want to do something from all available sources. We do tend to get it because Maghera has the second highest child poverty rate in the UK. Our core funding comes from the Education Authority,” said Meabh.

So, what we asked, does Fairhill Youth Club provide for the young people of the area?

Meabh said: “Essentially we give them a home away from home. It’s not very expensive to come in-it’s £1 for the night. They have warmth, there’s a tuck shop there and free tea and coffee.

“We have laptops in all the areas that we have or anything they want or need. If they need to print out homework we can give that to them as well. We have free Wi-Fi so they can complete stuff like photography projects. I think it’s a big help to them.”

“We work closely with a lot of outside agencies as well. The police are providing funding for us for new football nets and other things.

We’ll work with the Fire Service this month to do talks on the dangers of fireworks. We’ve worked with Zest in Derry-the mental health charity.”

“Any issues that are raised, I will immediately go and find an agency that come in and give a group talk. Suicide in Maghera is quite high and it really shocks the community. So outside agencies like Zest or AWARE come in and assure the young people that they are there and we are there to help.”

The County Derry Post also asked if the older kids at the club often speak about the problems they face?

“With the senior members of the youth club I always make sure that I am in my office for at least a short time in the evening because you can guarantee that a few will always come in and sit on the floor and just start talking.

“And, that’s because that’s essentially what they need. I talk with them and tell them I can get help if they want it. But, a lot of the time they just want to get things off their chest. That’s what we are there for,” said Meabh.

Another youth worker, Brenda Cassidy, has been involved at Fairhill since 1990.

She said: “Before this I worked in Desmond’s Factory as a seamstress. I have dedicated myself to youth work for a long time.

“Working with young people is very rewarding. You see the potential in something and want it to grow. Young people are often underestimated and I think they’re capable of so much-raw talent, energy and a whole different way of thinking.”

The stereotyping of older youths often leads to social stigma that can result in them feeling ostracized from other sections of society. It’s another issue that Fairhill Youth Club is set up to to combat.

The club opens on Monday’s, Wednesday’s and Thursday’s from 6.30-9.30pm. But, conscious that the older sections of youth often come under the influence of peer pressure and can become involved in less wholesome activities, Fairhill provides additional hours at weekends.

Meabh Mallon continued: “On Friday night’s we stay open until 12.30am. That’s to help divert young people away from anti-social behaviour. Sometimes they just want to come in a chill out, watch a movie or sometimes we’d have people come in and do Box Fit with them. We just try our best to make sure people know where they are.

“It keeps the wider community happy because we are taking them off the streets. A lot of people see young people hanging about and think ‘no, I’m not walking past them.’ It’s kind of the wrong way to look at it. Generally they’ll be ok, but it’s just because they hang about in groups.

“So we want to take a harder look at that and try and raise the profile of young people in the area with upcoming projects.

“We’ll take in as many young people as we can that want help. Our juniors are our biggest section. There’s about 65 on Friday night which is big for this stage in October. Seniors are hard to get in because they’ve other things going on but there’s around 30 coming in. There’s pressure of course to keep them coming in and keep them interested but so far we are doing very well.

“Lots of people think we are a single identity club because of where we are located. But, we’re not. We’ve never advertised as being single identity. The juniors are quite mixed between religious and ethnic identity.

“We know there are other great organisations in the area, but we have looked at some of the gaps and hopefully we can fill some of them.”

Danny Norton also works as a leader at Fairhill Youth Club on a part-time basis.

He said: “I currently work for the Northern Ireland Civil Service and I’ve been a youth leader since November, 1987 and attended Fairhill from primary school age.

“I’m proud to say I’ve helped to oversee the development of many hundreds of children over the years.

“The leaders get immense satisfaction seeing children leave the club at the end of the night with  a massive smile on their faces and I hope to be involved in the club for many years to come.”

Fairhill Youth Centre is located at Tirkane Road in Maghera. For further information, telephone 028 795 49397, find them on Facebook or log onto fairhillyouthclub.com.