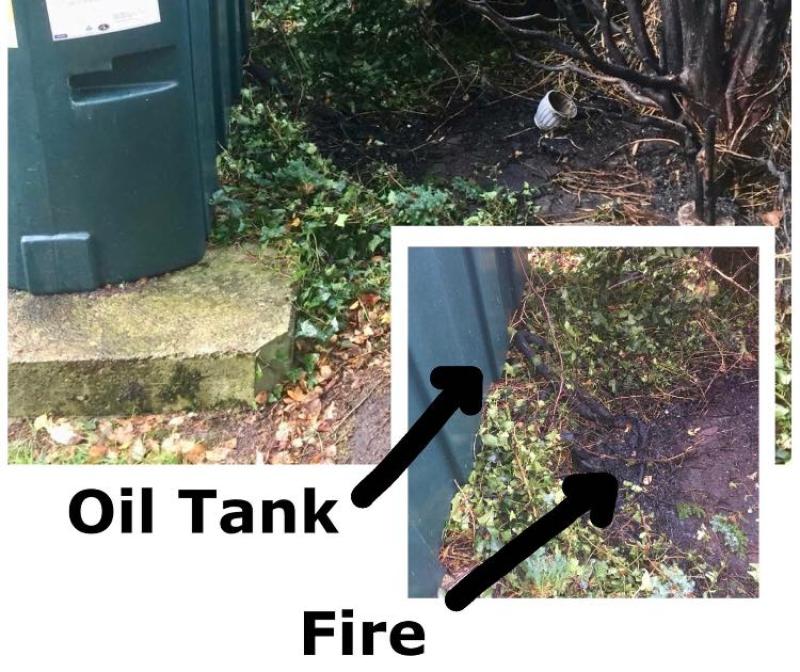 Police in Derry have slammed 'complete morons' who set a fire right beside an oil tank in Bracken Park last night asking would it be worth 'potentially killing an entire family' or 'spending the rest of your life in prison for a laugh'. The scathing post appeared just a half an hour ago on the PSNI Foyle Facebook page after a fire last night by youths in Bracken Park was set beside an oil tank, putting those living near it in grave danger. The youths also had the audacity to light another fire as the emergency services were leaving and the victim was thanking them for their help. Luckily that was also quickly extinguished. The Foyle PSNI post reads: Around 8:30pm yesterday evening, some complete morons set two fires at the back of a house in Bracken Park. Ballyarnett Neighbourhood Team are investigating. I’ve two aims with this post: 1. Any witnesses? We’d love to get the youth/s who did this. 2. Message to young people: look at how close that fire came to the oil tank! You’re hanging out in a group, you’re trying to be cool, throw in a little peer pressure and you’re setting fires. If that oil tank explodes - maybe the whole house goes up - maybe people inside. Is it honestly worth potentially killing an entire family and spending the rest of your life in prison for a ‘laugh’ and a ‘kick’? You think the people who egged you on will come visit you in prison? Fat chance. Reference: 1295 of 16/10/18 - get in touch with info. #LuckyThisTime #NoLaughingMatter #ThinkForYourself #KeepingPeopleSafe For the full story with the terrified victim, a woman grieving for a family member and battling cancer, see tomorrow's Derry News.
ADVERTISEMENT - CONTINUE READING BELOW