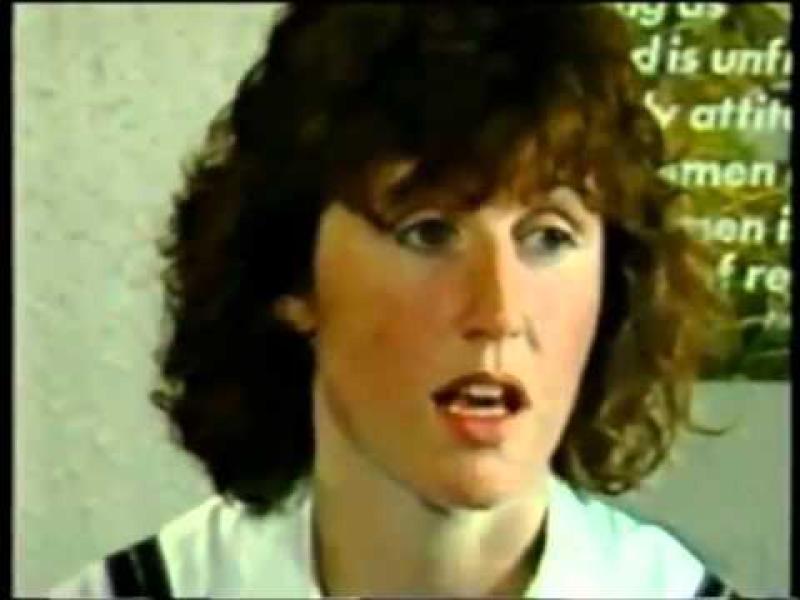 To mark the 30th anniversary of the British Broadcasting Restriction, the Museum of Free Derry will screen an uncensored version of the award-winning documentary ‘Mother Ireland’ (1988) this Friday 19 October at 7.30pm. The film will be followed by a panel discussion and Q&A on censorship featuring the film’s director, Anne Crilly, its producer, Margo Harkin, and Dr Greg McLaughlin – an expert on 'Media and Conflict'. ‘Mother Ireland’ was produced by the Derry Film and Video Workshop for Channel Four Television and explores the Mother Ireland image as a nationalist motif in Irish culture and the complex relationship between the national struggle and the Suffrage struggle in the early twentieth century and the republican and feminist movements in the 1980’s. It was the first documentary affected by the British Broadcasting restrictions introduced on 19 October 1988 and an edited version was eventually screened in Channel Four’s ‘BANNED’ season in 2001. “Most of the media attention focused on the short interview with IRA member, Mairead Farrell (pictured above), who was shot dead by the SAS in Gibraltar in March 1988 but in the edited broadcast version, archive footage and Christy Moore’s song ‘Unfinished Revolution were removed, and part of Mairead Farrell’s interview was dubbed by an actress,” said director, Anne Crilly. “It will be interesting to see how it holds up thirty years later and how the audience responds to it”. See the original uncensored version of ‘Mother Ireland’ tomorrow night, Friday 19 October, at the Museum of Free Derry as part of its 50 Days of Revolution, 50 Years On programme, marking half a century since the civil rights movement changed the north forever. Admission free. All welcome. www.museumoffreederry.org
ADVERTISEMENT - CONTINUE READING BELOW