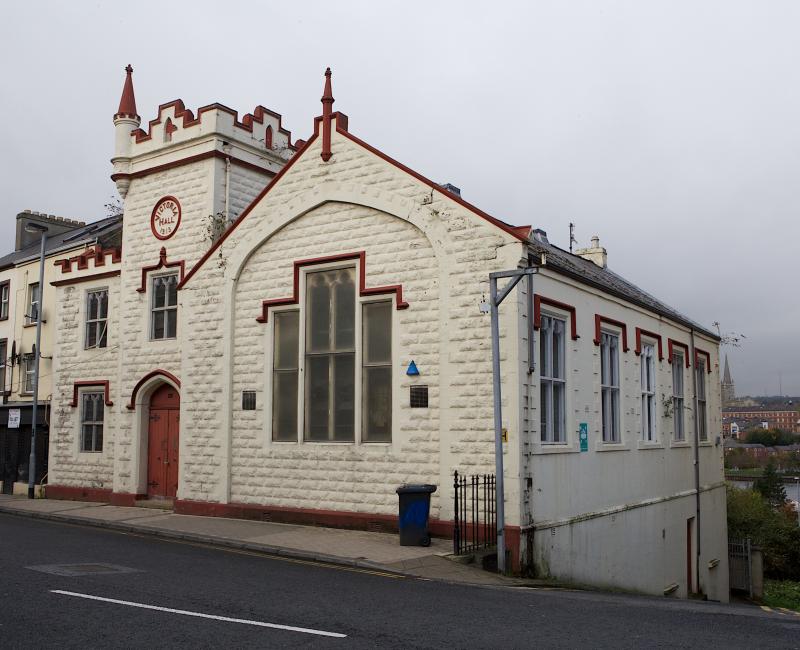 AN historic Derry building which was formerly used by the Orange Order and the Royal British Legion is set to be replaced by a new social housing development, it has emerged. Plans have now been lodged to replace the former Victoria Hall at 125, Spencer Road with a new building comprising of 13 apartments. The building formerly housed Lodge Rooms used by the Orange Order, and in 1920 saw the formation of the Mountjoy Woman's Loyal Orange Lodge (WLOL) 29, which still exists today. Victoria Hall was also used up until recently by the Royal British Legion. The plans for the new development have been lodged by the Derry based Rosslyn Development and the social housing provider Radius Housing. Radius Housing currently provides social housing in 80 towns and cities throughout Northern Ireland, which includes sheltered housing for the over 55’s and general needs housing for families and single people. The organisation also offers a range of specialist care and support facilities for the frail elderly, people with dementia and learning disabilities, and ‘other complex needs such as homelessness and victims of domestic violence’. The proposal is currently being considered by Derry City and Strabane District Council and will come before a future meeting of its Planning Committee.
ADVERTISEMENT - CONTINUE READING BELOW