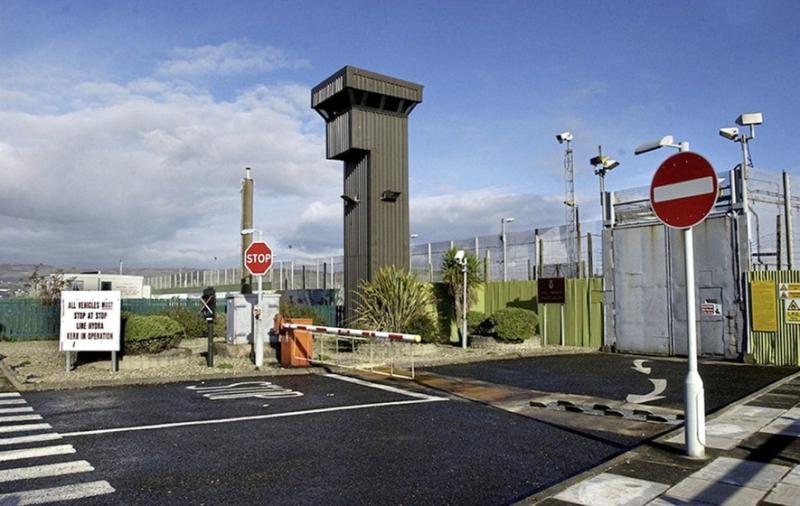 SDLP MLA for East Derry, John Dallat says he will be asking the Northern Ireland Audit Office for an independent investigation after it has been revealed that almost £250,000 in personal injury claims has been awarded to prison officers at HMP Magilligan in the last four years.

A Freedom of Information request lodged by the County Derry Post to the Department of Justice shows that between 2014 and 2017 an overall total of £244,850 was awarded to prison officers at the east Derry jail.

The overall figure relates to 24 incidents of personal injury at the the prison.

The County Derry Post also asked the Department of Justice for the highest amount awarded in an individual instance between 2014-2017. That request was refused on the grounds that the information would be likely to lead to the identification of the individual involved.

Mr Dallat told the County Derry Post: “I shall be referring this to the Northern Ireland Audit Office for an independent investigation into how nearly a quarter-of-a-million pounds was paid out for over four years.

“I will want to know how many of these 24 cases were contested by the prison’s legal team in the interests of taxpayers and I will be particularly interested in how the annual bill was reduced from a whopping £126,000 to £17,000 in a short period of time.

“It would also be interesting to know if there are any ‘serial’ or multiple claimers in the prison service.

“It appears to me that there has been a culture of uncontested claims for personal injuries. It is important to establish that this was not money for old rope so to speak and that requires a thorough investigation into how the claims especially in 2014 and 2015 were so high and what steps were taken to ensure that the claims were bona fide and not concocted or unchallenged.

“As a former member of the Public Accounts Committee I have no doubt that this would have warranted an inquiry and the calling of witnesses to explain these very high payouts, the reasons for them and why steps were not taken to stop what appears to be a gravy train.

“Clearly there is another issue and that is the suitability of Magilligan as a safe place to work given the failure to invest in new modern buildings, where safety, I would presume, be paramount.”

However, Ivor Dunne the Northern Ireland Chairman of the Prison Officers Association says that the financial compensation is not enough for the trauma suffered by prison officers.

He said: “Some of the attacks on prison officers have been horrific and the mental turmoil they are left with is horrendous. This not only affects those who have been attacked but carries on into family life and has caused breakdowns and marriage break-ups.

“The effect on staff is unreal. I see it when I am sitting with someone who doesn’t know where to turn to. So, money is no real compensation at all.

“I myself submitted a Freedom of Information request on the number of prison staff who have been medically retired with psychological and physical injuries. The request was refused by the Department of Justice on the grounds that it would cost too much to produce.

“The Northern Ireland Prison Service is once again the Cinderella of the security services-we are forgotten characters. Even getting help in the aftermath of an attack is difficult. We are referred to the police counselling services. The prison service doesn’t have funding for more specific counselling.

“There needs to be a specific and permanent budget for counselling for my staff who have been damaged in any such incident. We need a minister in place to deal with it or a senior civil servant.

“And, remember Magilligan is a Category C prison for those who sentences are coming to an end or who are regarded as less damgerous prisoners. So, what is like in Category A facilities like Maghaberry.”

Meanwhile, East Derry Independent MLA, a former Stormont Minister of Justice, Claire Sugden told the County Derry Post: "Magilligan is a workplace and gives rise to personal injury claim like any other workplace. The working environment within prisons particularly challenging and I'm not surprised by the number of claims or the total awarded over the four year period.

"It would be useful to see the breakdown of claims per year to understand if claims are disproportionate. The amount of claims awarded to prison staff, however, has decreased each year suggesting the work environment within Magilligan has improved, which is positive.

"I am more interested to know what led to these claims and want assurances from the Prison Service that they are reviewing internal policies and procedures to ensure staff are not injured at work due to repeated failures or because of continued weak process.

"The Prison Service has a responsibility to ensure a safe working environment for staff.

"I believe strongly that prison staff should be supported to enable them to secure and rehabilitate prisoners in their care. Prison staff have a difficult job and their efforts to contribute to a safer society for all. So of course they should be safe and supported when doing their job."