Halloween: Tales of two of Co Derry's most haunted houses 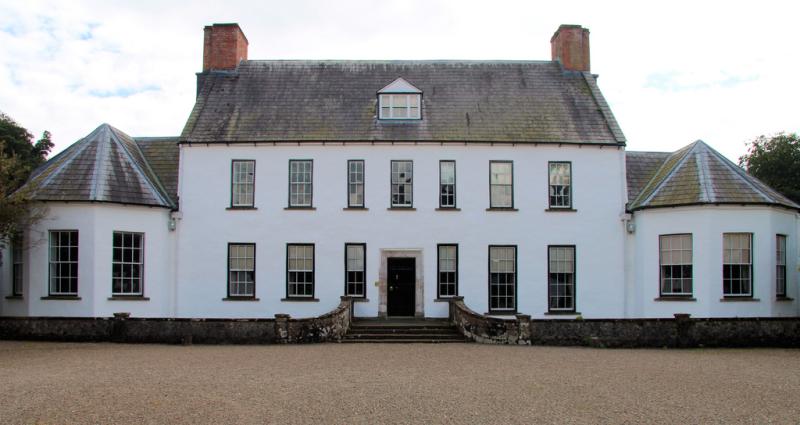 With Halloween just a few days away thoughts will turn again to the macabre and the supernatural.

We know that the festival has its roots in the Celtic world and marks the change to the darker part of the year. It is a time that ancient people’s believed that a passage between this world and the next opened up.

These days Halloween has become a spectacular celebration rooted undoubtedly in colour and sense of fun. However, this belies the darker tales of times gone by in which Co Derry most certainly has a part.

All of us in childhood years knew of a local place about which mythical tales of strange goings-on abounded.

Two old country houses, one in the northern and one in the southern part of Co Derry both have spine tingling stories in their history are far from in keeping with their beautiful settings.

On the road out from Derry city Cumber House in Claudy is an 18th century building that is a regular stop over for paranormal investigators and psychics alike.

Tales abound of chilling occurrences there and seem to stem from the tale of when a family called Browne were in the inhabitants of the house.

As rich landowners they wielded a lot of power in the area. The local clergy were friendly with the family, but when the master of the house died one of the local priests apparently made a comment to the head gardner that ‘he was burning in hell'.

The gardner told the old man’s son who they summoned the priest and confronted him then held a gun to his head and told the clergyman to prove his father was in hell.

The priest fell to his knees and began to pray as he knew he was in mortal danger. As time passed and no proof of the priest’s contentions were forthcoming the son became more and more agitated.

In panic the priest rolled up his trousers and prayed on his bare knees. He then drew a circle on the floor. From the circle the old man appeared in a flurry of flames and the priest ran from the house and never returned.

The ghost of the old man is said to have haunted Cumber House for a long time, until the family finally assented to another priest coming into banish him by drawing another circle at the foot of a tree outside and ordering him into it.

Many have reported the sounds of knocking and scraping coming from the direction of the tree at Cumber House and its said that only the very brave will venture around the grounds alone late at night.

A group of psychic students visited the house in 2015 and held a séance. They said that they spoke to a number of spirits in the house including a Colonel Francis Browne and a 13-year-old girl called Eva who said she died of cold in the house.

Springhill House near Moneymore was built in the 17th century and was home to generations of the Conyngham's who hailed from Ayrshire in Scotland.

When 'Good-Will' Conyngham married 16-year-old Ann Upton her father that she and any children she would have be kept in a high standard of living. So, he drew up a marriage contract that required his future son-in-law to build a house of lime and stone, two stories high with the necessary office houses, gardens and orchards.

The result of Conyngham's efforts was Springhill House which housed ten generations of the family up until 1957 when Captain William Lenox-Conygham left Springhill and its contents to the Woodland Trust.

In 1814 George Lenox-Conyngham was away on army service when he was sent news that his children had fallen ill with smallpox. He was said to be a man prone to bouts of melancholy and when no further news was forthcoming on his children's condition he abandoned his post and started for home.

On the way he met his commanding officer and friend Robert Stewart. Sure that Stewart would understand as he had covered for him in a similar way in the past Conyngham made it back to Springhill were much to his relief that his wife Olivia has nursed all the children back to good health.

However, shortly afterwards he learned that he was to face a court marshall for abandoning his post and the hearing had been initiated by Robert Stewart. Adding to his plight was the death soon afterwards was the death of one of his daughters.

As a result Conyngham sunk into a two-year long depression. One night he went downstairs, took a pistol from the wall, went to the blue room and placed the gun to his head. Olivia upon realising what he was about to do rushed to prevent his death. But, she had just reached the door when a shot rang out.

Mrs Conyngham's ghost is said to still repeat her futile efforts to prevent her husbands death and her spectre has been seen several times standing at the door of the blue room with her hands raised in horror.

Many years later a house guest Miss Hamilton, a guest at Springhill was just about to fall asleep in the blue room when the room appeared to fill with house servants who she said were 'pushing and wrangling in whispers'.

As she lay there terrified she heard a clicking noise behind her and turned around to see a door open and a light shine from it. She later recalled that how 'someone seemed to come through the this light and stilled the commotion, so that all fear left me, and after a while fell asleep."

Next morning, Miss Hamilton shocked to find that there was no door behind the bed. When she told Charlotte Lenox-Conyngham she told that there was once a door there but it had long since been bricked up and papered over.

In recent times the blue room's wallpaper was stripped off and the secret door uncovered. It was found to lead to a powder closet and on its floor lay an old pair of gloves and a small pouch containing bullets.

In the early years of the twentieth century the last generation of Conyngham children to live at Springhill were asleep one night when their nanny awake suddenly to find Olivia's ghost standing over the children. She appeared to be checking the well-being of each of them in turn.

The nanny said she felt no fear at all. Instead she was moved by the concern the apparition seemed to show towards the children. Within a few moments, seemingly satisfied that the children were safe and well the ghost just faded away.

Today, the blue room seems to remain the most haunted area of the house. Visitors to the house regularly feel alarming temperature drops when they step into it. Objects in the room are also said to move about by themselves and several artifacts have completely disappeared.