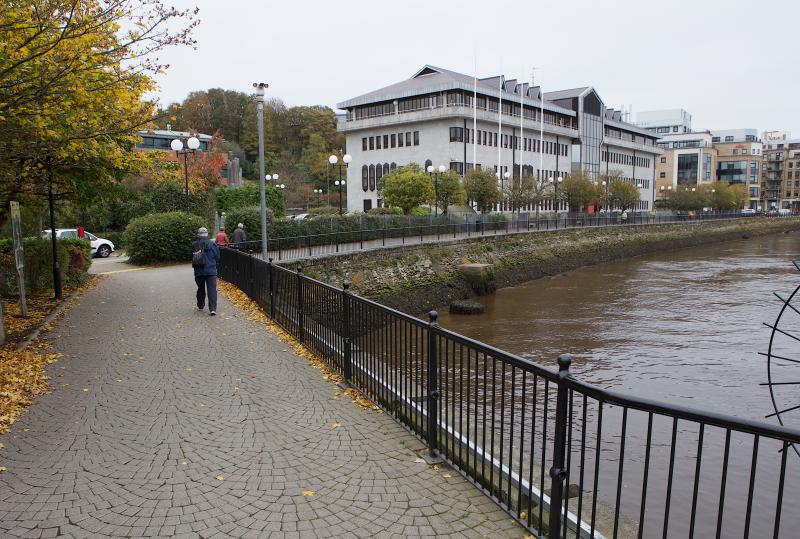 DERRY’S council has said it is ‘monitoring’ sightings of rats along the riverside after it was made aware of concerns over an increase in the numbers of rodents in the area. It comes after the Derry News was contacted by members of the public who claimed that there had been an upsurge in the sightings of rats over recent weeks along Queen’s Quay, one of the city’s most popular walking and running spots. One woman told the Derry News she had seen several rodents scurrying across the path outside the offices of Derry City and Strabane District Council on the Strand Road, which had emerged from the bushes close to the building. “I’ve been walking up and down the quay for the past five years every day, and I’ve never seen so many rats as I have over the past two months,” the woman, who did not wish to be named, told the Derry News. “The most recent one I seen was on Saturday, it was quite a large rat which came out of the bushes beside the council car park and it went down into the Foyle. “I’ve also seen rats coming out of the bushes beside Sainsbury’s and run into the water. She added: “There’s always been rats down here but it’s been especially bad this past while. “I don’t know if it’s due to the land being cleared at Fort George which is pushing them further up the quay, but someone needs to get on top of this because there’s so many people using the walkway, including young children, every day.” A spokesperson for Derry City and Strabane District Council confirmed that an officer is now ‘monitoring’ the rat sightings after it was contacted about the issue, and it would take action if there was any risk to public health. “Rats are commonly to be found living in riverside areas,” the spokesperson said. “Whilst Council is not directly responsible for pest control, Council’s Environmental Health team will act if there is a potential risk to public health.” The spokesperson added: “We have been contacted regarding sightings of rats in and along the quayside area in recent weeks and an officer is currently monitoring the situation.”
ADVERTISEMENT - CONTINUE READING BELOW