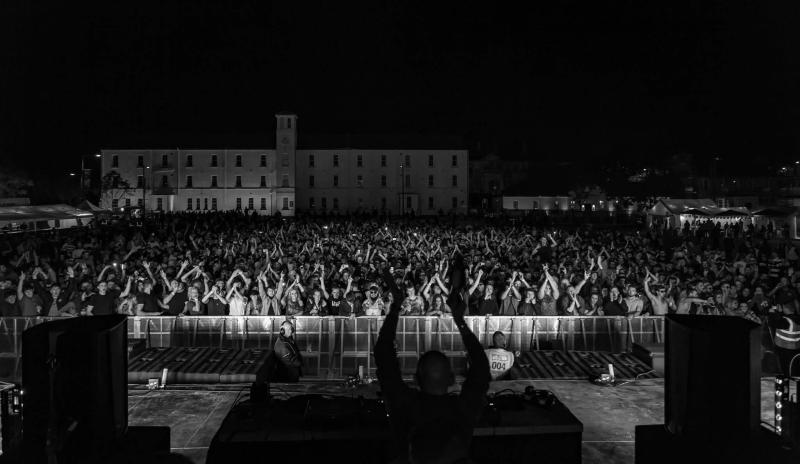 A home grown Derry dance music event has been shortlisted for four gongs at a prestigious industry awards ceremony.

The nominations for the UK Festival Awards 2018 are decided by online votes, which are also incorporated into the final judging process.

“We knew nothing about it until we were nominated,” said Debbie.

“It’s amazing, because we are up against the likes of Parklands and Electric Picnic.

“We’d really love people to get behind us now and vote before the deadline on Tuesday, because it would be fantastic to win even one of the categories.”

The winners will be announced at an awards ceremony in Stockport in December.

Jika Jika! started putting on nights in Porter’s Bar 15 years ago and it has gradually grown into a huge summer electronic dance music festival, which this year attracted 10,000 people over two days.

“It was previously a challenge to get big DJs to come to Derry, but now people are actually looking to come because they get such a great reception,” Debbie explained.

In 2016 and 2017 Jika Jika! teamed up with established promotors Cocoon and Drumcode for their August bank holiday music festival, but this year marked the first time the Derry trio hosted it as a standalone.

“Increasingly we have people from all over the world coming to the event,” said Debbie.

“Facebook has been a brilliant tool for us to connect with people and we try to reply to every message.

“This year we actually had a dedicated team doing it.

“We’ve had people from Cork and London and even Spanish people coming over for it.”

Plans are already in place for Jika Jika! 2019 and they are also working with the Lost and Found festival in Malta.

“There’s potential for us to do stuff in Portugal as well, it keeps growing and growing,” added Debbie.”

To vote for Jika Jika! Before the deadline tomorrow, Tuesday log on to https://www.surveymonkey.co.uk/r/NW3CN6N