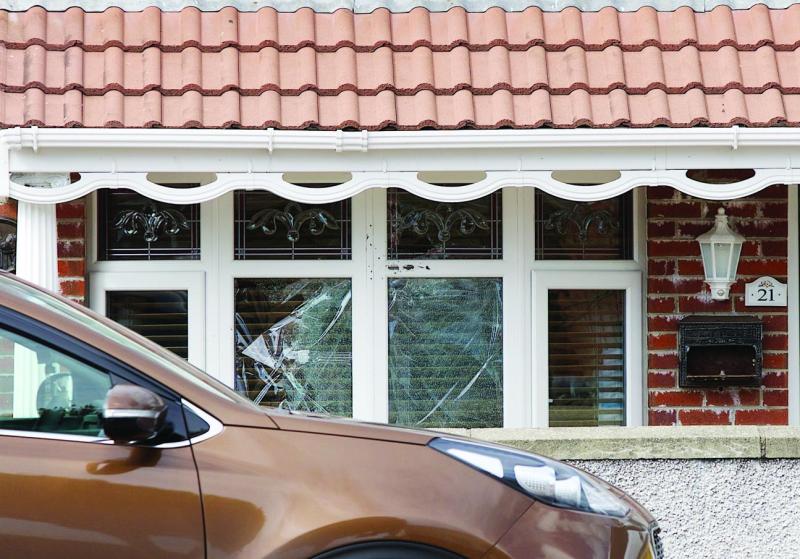 THE PSNI in Derry has warned that someone could be murdered if an ongoing feud within the local Travelling community does not end. The comments came during a case which came before Derry Magistrates Court on Friday morning, where a police officer said that a number of recent incidents, including a shotgun attack on a home in Galliagh, was linked to ‘an ongoing feud within the Stokes family’. Before the court was 23-year-old Eamonn Stokes, of Glengalliagh Park in Derry, who appeared charged with inflicting grievous bodily harm with intent on a man in Maghera on October 23. He was also charged entering as a trespasser a premises armed with a machete with intent to inflict grievous bodily harm on the same date. A police officer connected Stokes to the charges and opposed bail. He told the court that around 8pm on October 23, police received a report of an assault in a house in Maghera. The alleged injured party said three men armed with machetes and either an iron bar or baseball bat burst into his home and attacked him. The man said he knew Stokes most of his life and recognised him by his voice and is part of the extended family. The alleged injured party suffered what the officer described as ‘defensive injuries’. The court heard that when the alleged victim's mother came into the room, the three men left in a Volkswagen Passat, which was later found burnt out near Draperstown. The officer told the court police believed the incident was part of ‘an ongoing feud’ within the Stokes family. He outlined several incidents believed to be linked to that feud, including a shotgun attack om a house in Derry on August 31, pictured above, and a large-scale brawl which erupted outside a bar in Strabane on September 10. He also said that further incidents in England, including a shotgun attack in Crewe on September 3 and another in a village on September 4, were also being investigated. The officer added that an incident where a home was attacked with axes in Mansfield on September 5 was also believed to be linked to the feud, adding that other police forces in England were now involved. The court was told that Gardaí were also said to be investigating a serious assault in a bar in Bridgend in Donegal. The officer said the basis of the feud was a court case in England, before adding that ‘attacks are an attempt to intimidate family members involved as witnesses in this case’. He said that police were now concerned someone would be murdered and opposed bail, before adding that the weapon used in the Derry attack in August had not been recovered. Deadly weapons Defence solicitor Seamus Quigley said his client had co-operated to a degree with police and given an account of his movements on October 23. He said it was accepted this was a serious incident, but said conditions could be imposed on Stokes to prevent him leaving Derry. Mr Quigley said that it may be difficult to convict on the basis of voice recognition. District Judge Barney McElholm said that this was ‘an extremely serious matter with deadly weapons involved’. The judge added that he was concerned about the ‘whole feud thing’ due to fears of further offences. Judge McElholm added that he also too into consideration the threat to the rule of law as it was ‘a concerted attempt to intimidate people giving evidence to a court of law’' He added: “I can tell anyone coming before me due to this feud they will not be getting bail from me. “The courts cannot in anyway allow this sort of thing.” He refused bail and Stokes was remanded in custody to appear again on November 22.
ADVERTISEMENT - CONTINUE READING BELOW