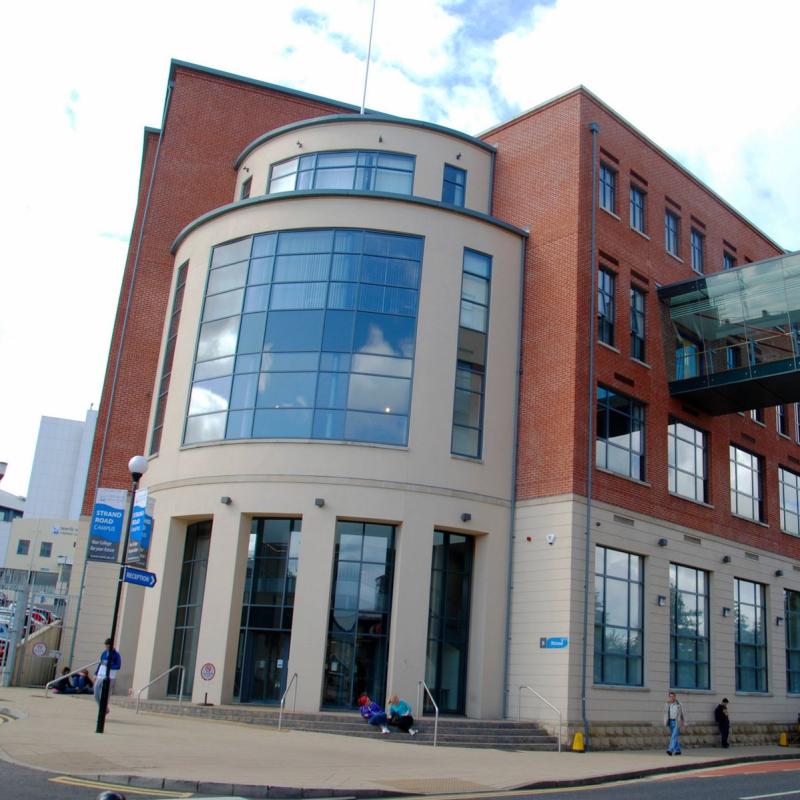 LECTURERS at a local college have said they will take strike action if an ongoing pay dispute is not resolved ‘to their satisfaction’. The move comes after the University College Union (UCU), which represents lecturers at the North West Regional College (NWRC), said that its members ‘voted unanimously’ to declare a dispute with their employer following a recent meeting. The UCU has said that the dispute arose after both the principal and the Governing Body of the College refused to hear the ‘legitimate grievances of staff, routinely flouted the contractual rights of lecturers, and refused to meet with union representatives’. In a statement issued to the media, the union added that lecturers are ‘angry’ that the NWRC, which has campuses at the Strand Road and Springtown areas of Derry, are refusing to honour what it said was a ‘contractually binding pay agreement’ for calculating placement on the salary scale. It said that the current situation is forcing lecturers to ‘either walk away from jobs or accept far less than their worth’. Commenting, Katharine Clarke, UCU Northern Ireland Official said that its members were also ‘appalled’ at the treatment at part-time lecturers. “The treatment of part-time lecturers generally is poor,” she said, “and our members are further appalled that part time staff are being denied travel time, travel costs and the allocation of a base campus from which such expenses can be calculated. “Timetable changes and cuts to working hours are imposed without providing the right of appeal or the right to a redundancy payment.” “Two of our members who have complaints about their salary placement have not had their grievance heard after a year, and are now left with no alternative but to progress to court." Morale She continued that the UCU had asked to meet the Governing Body in an attempt to resolve the issues which she said were ‘long-running’ and ‘adversely affecting morale’ at the College. “Gerard Finnegan, the Governing Body Chair, has written to UCU rejecting its request to meet despite written support for such a meeting from MLAs representing the SDLP, Sinn Fein and the DUP,” Ms Clarke continued. “In 2013 independent personnel consultant, Harry McConnell, published a damning report exposing poor industrial relations practices at the North West Regional College. “Five years on the College’s engagement with its staff is still found severely wanting.” Ms Clarke continued that dispute ‘will continue until such time as all the stated issues have been resolved to the union’s satisfaction’. “The dispute will remain live until the employer agrees to hear members’ grievances through the contractual procedure and until the Governing Body agrees to meet UCU representatives to discuss the aforementioned issues of concern. “The dispute may if necessary move to ballot members for industrial action.” ‘Fully committed’ On Friday, Gerard Finnegan, Chair of the Governing Body of North West Regional College (NWRC) issued a response to the UCU statement, where he said the college was ‘working hard’ to find a resolution to the issues raised. “We note with regret the press statement from the University and College Union (UCU) regarding a dispute, and we would like to make it clear that the NWRC Governing Body and others are working hard to resolve these matters,” Mr Finnegan said. “At present there is a body of work being undertaken on the issues raised by the UCU, and we expect this work to conclude by the end of December. “We will take whatever action is deemed appropriate following the conclusion of this work. “We are fully committed to improving working relationships and acknowledge the benefits that better working relationships would bring for everyone at the College.” He added: “The Principal and Governing Body also remain committed to continuing our engagement on these matters in the interests of all parties."
ADVERTISEMENT - CONTINUE READING BELOW