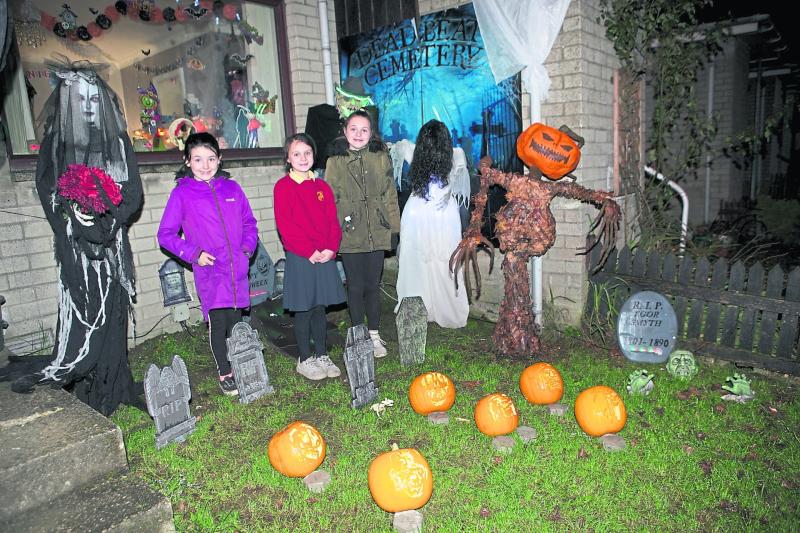 A home in Derry has become an overnight sensation after its own transformed into a house of horrors ahead of the annual Halloween celebrations in the city. John O’Hagan is now welcoming scores of visitors to his Liscloon Drive home on a daily basis eager to have their photograph taken in front of the property, which now plays host to a host of zombies, ghouls and witches, some of whom are literally bursting from the ground. Speaking to the Derry News at the weekend, John, who started the tradition of transforming his home last year, said that he has been delighted with the response he has received from the local community since unveiling his latest work. “Halloween is a massive event in Derry, and people do up their homes for Christmas, so I though why shouldn’t people do the same thing for Halloween?” he said. “Everyone loves Halloween, and I think it’s really good to get into the swing of things.” John added that he doesn’t mind putting in that extra bit of effort into transforming his house. “It gets a great reaction, and you’ll see young ones walking past with their parents on their way to school in the morning coming back at night to see it when the garden is all lit up,” John added. “I had to make sure the gravedigger was deep enough in the garden to make it look convincing, and it’s turned out well, judging by the number of photographs people are taking.”
ADVERTISEMENT - CONTINUE READING BELOW