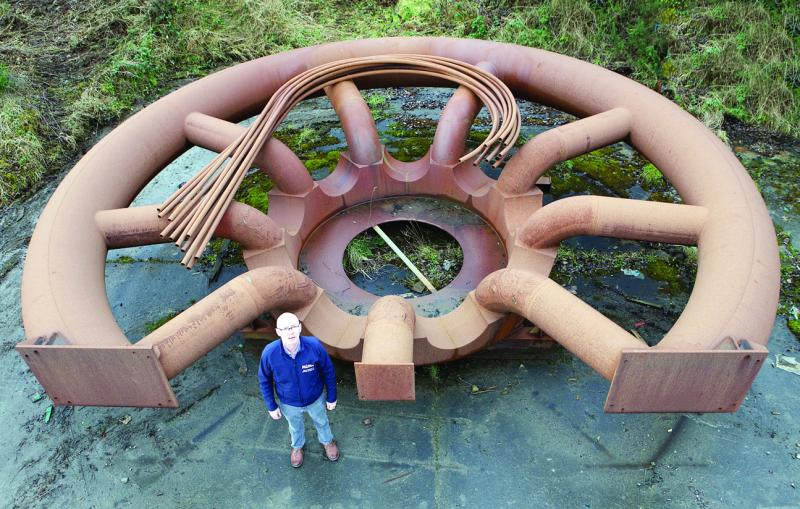 A Derry woman who worked in the city’s shirt factories for almost 50 years says has said that money being spent on a new sculpture should instead be given to children’s charity. It comes after the Derry News reported on October 11 that the original sculpture by Cork artist Louise Walsh had been scrapped due to spiralling costs. Over the last 12 years £85,000 of government money had been spent on the project, and it was estimated that it would cost a further £244,000 to complete and install Ms Walsh’s art work. However, Derry City and Strabane District Council’s Business and Culture Committee unanimously agreed last month to put a new process in place, whereby council officers will work with the Department of Communities (DFC) to put a new £90,000 project out for tender. But a Derry woman, who is aged 86 and worked in the shirt factories for 46 years, said she does not want the sculpture and suggested the money should donated to charity. “The sculpture to me is just ridiculous,” the woman, who did not wish to be named, told the Derry News. “The majority of people don’t want a big lump of iron. What use is that to anybody? “It has already cost thousands upon thousands and it is lying in a scrap yard and now they are looking to buy another one. “The majority of people I worked with in Tillie and Henderson’s and Ben Sherman’s are dead and gone. This would mean nothing to them.” The woman said if the money was given to a children’s charity it would be a much more fitting tribute to those who worked in the city’s shirt industry. “There are wains out there that needs medicine and clean water,” she continued. “That would mean something to the factory girls.”   Debt   She said the factory workers had a long tradition of giving to charity, despite their low wages. “It was a hard time back then, but people were very resilient, but everyone was in debt and everyone was looking for money. “We worked very hard but we didn’t have much money because we were paid buttons, but on a Friday everyone put money in the boxes for St Anthony and St Theresa and to have masses said for people. “People had nothing but they still gave. “The majority of people I worked with would think that money should be spent for the living not for the dead. “I lie awake at night and think about this.”
ADVERTISEMENT - CONTINUE READING BELOW